Yesterday I wrote an article expressing my appreciation for New York Yankees GM, Brian Cashman. Dealing with loads of taxes, inflated expectations, and emotional ownership is not easy and as hard as it is for anyone in New York to be underrated, I think he has become just that.

In yesterday’s article I lamented the Jesus Montero/Michael Pineda trade as one of his few mistakes, although not a big one. Today, news broke making it look much more favorable for the New York Yankees.

Mariners optioned C Jesus Montero to Triple-A Tacoma. Montero has been a major disappointment this season, batting just .208/.264/.327 with three home runs and nine RBI in 29 games. The Tacoma News Tribune reports Montero “may no longer viewed as a catcher at the big league level” and is expected play first base and DH in the minors. 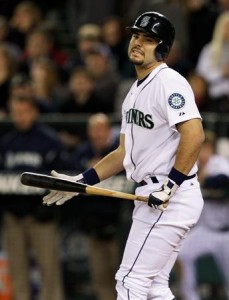 It appears that Brian Cashman didn’t buy into all the hype that surrounded Montero before the trade. If Pineda comes back healthy this could even be a winner for the Yankees. Michael Pineda is expected back after the All-Star break. Expectations for Jesus Montero should be lowered from a Mike Piazza level to a Mitch Moreland level.