During the anxiousness of the upcoming football season, Athlon Sports published a thoughtful list of college football’s best and worst logos. The iconic logos of the Texas Longhorns and Clemson Tigers topped the list. Maybe it’s because two of our writers’ alma maters were atop, but this got us thinking. College football has some of the best tradition and lore in all of sports and America’s pastime doesn’t trail far behind.

So what are the eight best (i.e., top ~25%) logos in major league baseball and maybe more fun, what are the three worst (bottom 10%)? We have used only hat logos. For example, the interlocking “STL” instead of the bat with a cardinal (or two) perched on it for the St. Louis Cardinals. 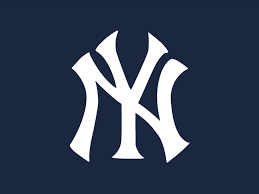 1. New York Yankees: The interlocking N-Y is simple, classic, and iconic. It’s unchanging–essentially the same cap Babe Ruth wore–and the most recognizable logo in baseball if not all of sports. The white lettering on navy caps also works well. 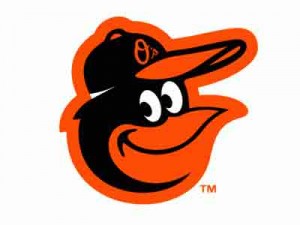 2. Baltimore Orioles: Thank goodness they brought back the cartoon style Oriole. Not only is it leaps and bounds ahead of the boring “O” or plain bird, but it’s fun, engaging, and yet still evokes nostalgia as only baseball can. 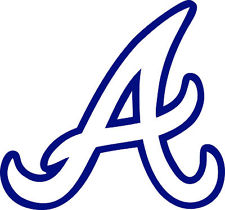 4. Detroit Tigers: The simple Detroit “D” brings one back to a time when Detroit was a proud city, leading America’s manufacturing during WWII. Versions of the fanciful (blackletter font) “D” have been around since the early 1900s, and while it’s a bit on the complex side, it still looks clean, classic, and like the Braves classy yet not outdated.

5. Washington Nationals: It seems like there is a whole crowd of fans who like Nationals hats, but not the Nationals. Who could blame them? The “W” logo blends in with classic logos, yet feels refreshing and new. It keeps it relatively simple, but the serif on the left and the loop in the center seem to make it work much more than other “W” logos such as those of the Wisconsin Badgers or Washington Huskies.
Update: I’ve heard that this logo looks very similar to the Walgreens logo, and I have to admit there’s some validity to the claim.

6. St. Louis Cardinals: The Cardinals interlocking “STL” is unique in that so perfectly combines not two but three letters. It reminds one of the illustrious history of the Cardinals, with the second most World Series titles. It may look slightly outdated, but one can’t help but think of Ozzie Smith wearing the cap. It’s a classic baseball logo.

7. Boston Red Sox: Although I dock the Boston”B” for it’s somewhat devilish font (namely due to horn-like serifs on the left side), there’s no denying the American history behind it. It originally looked much more like the Detroit “D,” but has remained basically unchanged since the ’30s. It’s simple yet unique and nothing screams Boston quite like the Red Sox “B.”

8. Los Angeles Dodgers: The interlocking “LA” with simple royal blue and white works exceptionally well with the more fanciful with the script Dodgers. The font successfully walks the fine line between outdated and classic.

1. Miami Marlins: The Marlin’s logo is new and gimmicky. It feels like it won’t last over a decade. Four colors is way to many and while the Marlin connected to the “M” is cool, the font is boring and uninspiring.

2. Cleveland Indians: Had the Indians not switched away from using their Chief Wahoo logo on the hats, they’d be in the top five, but the boring block “C” is utterly unrecognizable. It feels like it could be anybody’s logo that has a “C” in their name.

3. Colorado Rockies: Firstly, it seems the Rockies forced the interlocking letters given that their city is only one word and they had to use the club name for the second letter. That aside, the font is boring and the outlining is unnecessary and seems busy. For a better diagonal interlocking logo see Kansas City (also notice Kansas City, two words).

Ryan Kantor is an author at Reading Between the Seams. He is a life-long Yankees fan and a proud Clemson alumnus, residing in North Carolina, where he works in marketing research. For more stories like this, you can visit his personal blog at RyanKantor.com.