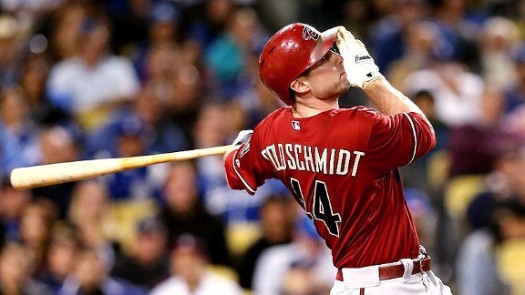 The Pittsburgh Pirates are currently in the midst of a race for the National League Central crown against the St. Louis Cardinals, who hold a six game lead on the Pirates.

The Pirates have one of the best pitching staffs in baseball, as their total team ERA is 2.89, which is second in the majors to only the Cardinals. Gerrit Cole leads the Majors in wins with 11 and is third in the NL in ERA at 1.78. Mark Melancon leads the National League in saves with 24 in 25 opportunities.

While the Pirates pitching staff is arguably the best in baseball, their offense has struggled mightily. The Pirates offense ranks 23rd in runs scored, 280, and 16th in team batting average, at .253.

Even worse, Pirates first baseman rank 26th in batting average at .228, and they are 23rd in RBI with only 32.

The Pirates have had struggles at the first base position for the past few seasons. The Pirates traded for Justin Morneau in 2013 to try to get some production, but he didn’t pan out. Then in 2014 the Pirates traded the Mets for Ike Davis to, once again, try to get production from a first baseman, but Davis wasn’t able to get the job done. And in the spring of 2015, they tried to move Pedro Alvarez from third over to first, and he has not panned out either.

The Pirates seem to have all the pieces of a winning ball club except for the first base position.

So, what can the Pirates do to fix their first base problems?

I think that the Pirates need to go and trade for Arizona Diamondbacks first baseman Paul Goldschmidt. Goldschmidt could help push the Pirates over the hump.

Goldschmidt also has three years remaining on a deal, and it has a 2019 club option. This contract is only a five-year/ $32 million contract, which the Pirates could easily pick up.

In order to get Goldschmidt, the Pirates would have to give up a lot to get Goldschmidt. They would most likely include Pedro Alvarez and possibly second baseman Neil Walker in the deal, along with minor league pitching prospects like Tyler Glasnow and Jameson Taillon. The Pirates might also have to throw in top first base prospect Josh Bell. These two prospects are two of the best pitching prospects in baseball, so this could potentially hurt the Pirates future pitching rotation.

But I still say that the Pirates need to go for it right now. They have the pieces in place to go win a championship now. This move will allow the Pirates to be legit contenders for at least three seasons after this year.

If they can trade for Goldschmidt, the Pirates will become, in my mind, the most dangerous team in baseball.