When MLB announced that they would move forward with the addition of a second Wild Card in each league, my biggest concern/criticism was the single game playoff that just screams gimmick. After a 162-game season, to have a one-game playoff seems a bit silly and last year’s Cardinals, Braves battle that was changed on a blown infield fly call highlighted that fact.

Beyond that though, there have been two very interesting dynamics in play during the regular season due to the change. 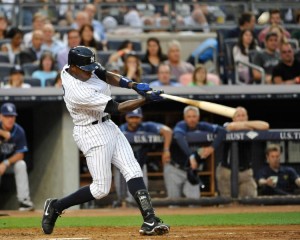 1. Maintained Fan Interest: The New York Yankees are on pace for 86 wins as they sit 9-games above .500 (.533) before games on 9/1. Could they get hot and reach 90-wins, maybe, but in the past fan interest would have dwindled as they fell 8.0 games behind the AL East leaders and five games behind in the Wild Card race (with multiple teams ahead of them). Thanks to the second Wild Card, the Yankees are only 3.5 behind Tampa for a opportunity to play in the Wild Card playoff game.

This is just one example of how the change has created a wider playoff race with more fan bases engaged for a longer duration of the season.

2. Skewed Trade Market: Because more teams are in the race for longer, the trade deadline has become skewed. With more teams competing, more teams are buyers, and far fewer are sellers.  That inflates the value for anyone more than a marginal upgrade or more so delayed the action until the waiver trade deadline as we saw Justin Morneau traded to Pittsburgh and Michael Young to Los Angeles.

I’m a bit more open-minded about the second Wild Card these days, though I vehemently opposed it when it came out. How do you feel about it and it’s impact on the game we love?

Ryan Kantor is an author at Reading Between the Seams. He is a life-long Yankees fan and a proud Clemson alumnus, residing in North Carolina, where he works in marketing research. For more stories like this, you can visit his personal blog at RyanKantor.com.
Follow @Ryan_Kantor