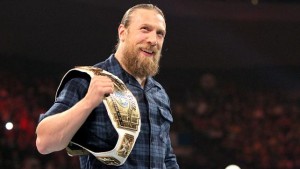 While Daniel Bryan has been out for several months with an apparent concussion injury, it appears that WWE still has plans to use The former WWE World Heavyweight Champion at WrestleMania 32. Not much is known about WWE’s plan as of yet, but it is believed that he will still appear on the pay per view, even if its not in a wrestling role.

According to Cagesideseats.com, “Even if Daniel Bryan isn’t cleared to wrestle on the show, WWE will be using him at WrestleMania 32.”

Again, no one is sure what capacity WWE’s resident “Yes Man” will be used in at the event, but helping to put over younger stars on the main roster would be a pretty good guess, especially if you consider the connection that Bryan has with The WWE Universe.