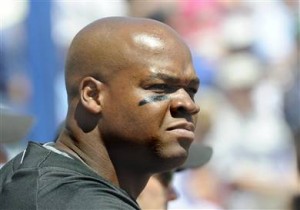 Former Chicago White Sox 1B/DH Frank Thomas is one of the strong candidates to be elected to the National Baseball Hall of Fame in Cooperstown, New York, next year.  Assuming he played his career cleanly (most believe he did), the living Hall of Famers will welcome him with open arms.  However, according to Thomas, they want nothing to do with performance enhancing drug (PED) users.  According to Jerry Crasnick, Senior Writer for ESPN.com, Thomas has spoken to Hall of Fame members themselves and understands (and backs) their position.  According to the article:

“They say, ‘Hell, no,'” Thomas said. “They don’t want any of these guys in. These are super-superstars in my eyes, and they’re serious about it. I would suggest you get around the Johnny Benches, the Ozzie Smiths, the Dave Winfields and Mike Schmidts. Hold court with them and see how they feel. I’ve talked to them and it was eye-opening.

Thomas firmly established himself on that side of the fence as well, reiterating:

Thomas…called the Biogenesis scandal “embarrassing” for the game and a “shameful” episode in baseball history.

The 2013 Hall of Fame vote was an historic one, as several first time balloters like Roger Clemens, Barry Bonds joined Mark McGwire and Rafael Palmeiro as players who were directly tied to (but not necessarily suspended for) PEDs.  None of them garnered more than 38% of the vote.  There appears to be forming another group of suspected users just based upon body type and statistic accumulation, to include Jeff Bagwell and Mike Piazza who both finished with more than 50% of the vote, but not near the 75% of the Baseball Writers Association of America (BBWAA) vote needed to gain enshrinement.

Back to Thomas, a tight end at Auburn, he was a physical marvel (6’5″, 240 lbs) at every stage of his career and has generally not been tied up in rumors and reports.  Next years vote will be an intriguing one, as the Steroid gang (above) will be back up for election, as will 3000 hit member Craig Biggio, 300 win club members Tom Glavine and Greg Maddux, 270 game winner Mike Mussina, and 250 game winner Jack Morris on the ballot for the final try.  Voters are limited to 10 players for enshrinement, the numbers game might catch up to some, as those insisting upon not counting PEDs against players like McGwire and Palmeiro will surely continue to include these 500 HR club members.

The PED/Hall of Fame vote will likely go on for a decade or more and will likely never get a clear resolution.  I’d like to think the next commissioner might provide some insight, but I have a feeling he (or she) will have more pressing issues to resolve in 2015.