In honor of Black Monday in the NFL, Sports-Kings wanted to make sure that NBA coaches didn’t think they could just fly under the radar.

I present to you the five coaches that should be fired IMMEDIATELY! 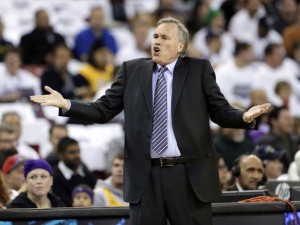 Mike shouldn’t have been hired in the first place.  It appeared at the time that Jim Buss hired D’Antoni and not Phil Jackson because he wanted to distinguish himself from his father’s regime.  He wanted this to be his team and he has done that, much to the franchises detriment.

D’Antoni’s style, run and used-to-be-fun, doesn’t work when your best player has been playing professional basketball for almost half of his entire life.  This team has nowhere to go and should bottom out.  Fire D’Antoni, let someone be the interim coach and let Kobe decide next summer who the next coach will be. 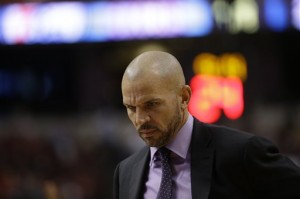 Vinny Del Negro was a better coach than Jason Kidd currently is.  Read that sentence back to yourself and out loud.  Sounds crazy, right? Jason Kidd was a great player.  He’s a first ballot hall of famer.  The problem is he has absolutely no idea how to coach.  He never coached when he was on the floor.  He led by example.  It is hard to lead by example when you are in a suit and tie on the sidelines.

Also, he should have been immediately fired after ‘spilled-drink-gate.’  That was just plain stupid.  If that is the best idea you come up with as a coach, maybe it is time to find a new profession. 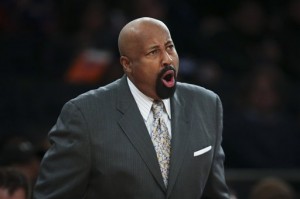 The Knicks are a mess.  There is no way around it. I’m not even sure that I could fix this team.  The whole organization needs to be revamped.  From the owner to the guy who sells the hot dogs.  Since we can’t do that, let me just say that Mike Woodson is a terrible coach.  Coaching 101, if you are up in the final seconds and have a foul to give, you make sure your team takes the foul. Then there was the lack of timeout/communication with Carmelo at the end of the same game.  Then, one game later, Andrea Bargnani shoots the ball while the Knicks are up and all they have to do is hold on to the ball.  These are basic things that should be talked about in practice.  Basic things that shouldn’t have to be mentioned during timeouts, but if you aren’t sure if your team is smart enough to know them, you tell them anyways.  I’ve seen park district basketball coaches and teams more prepared than this. 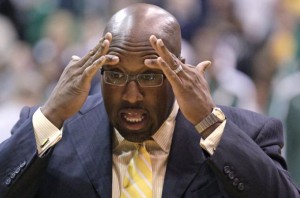 Mike Brown is the NBA’s version of Lane Kiffin (save for the petulant child part).  For some reason, people keep hiring him, despite the fact that he has never really amounted to anything. He first became a head coach in Cleveland.  There was a player there by the name of LeBron James, ever heard of him?  LeBron carried that crappy team to the NBA Finals.  What happened when LeBron left Cleveland? They tanked and Brown was fired.  He accomplished zero in his brief stint as the Lakers head coach before returning to Cleveland.

Cleveland is coming to a crossroads.  Bynum has busted out.  Waiters isn’t nearly as good as they had hoped.  Anthony Bennett is having one of the worst statistical rookie seasons in the history of the NBA.  Oh yeah, and LeBron is a free agent this summer.  If the Cavs were smart, they would fire Brown, tank, get a great draft pick and then sign LeBron over the summer. 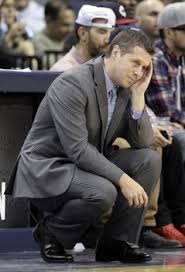 Who? To be honest I didn’t even know this guy existed.  Apparently he is the head of the train wreck in Memphis.  This was a team that had real promise.  They were becoming successful in the playoffs.  I never agreed with the front office letting Hollins go and I certainly never agreed with this hiring of Joerger.  My advice to the Grizzlies, blow up the coaching staff and find something that fits, and fast.  They have a solid core of guys that isn’t going to get any younger.