Jason Kidd is facing one of the toughest jobs in the NBA. He’s a rookie head coach that just lost his starting center and possibly his best player in Brook Lopez, and some are starting to wonder if he’s starting to crack from the pressure.
Not so fast, Kidd insists. 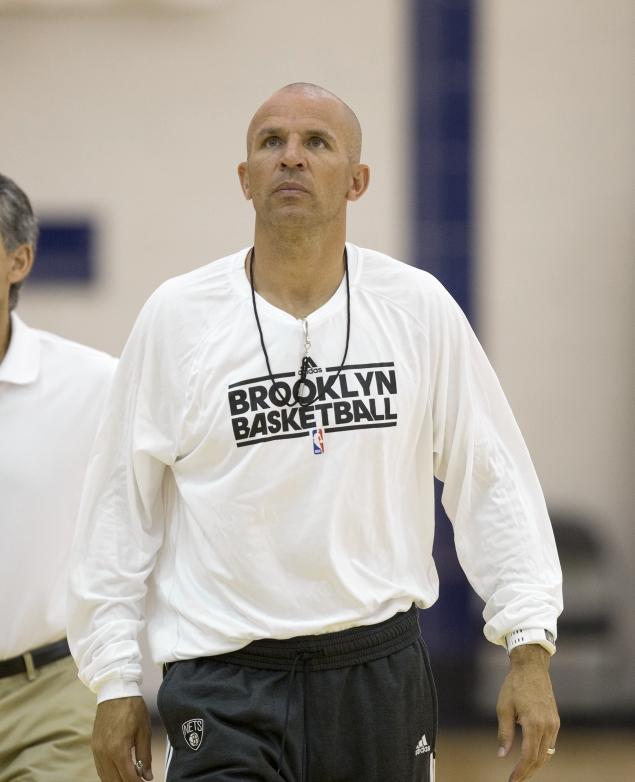 Reports say that Kidd ripped into his team for a lack of effort in a fourth straight loss, this one to the Pacers 103-86. He said that maybe they were getting comfortable with losing. Kevin Garnett is said to be a strong supporter of Kidd and echoed Kidd’s frustrations before eventually storming out of the locker room and hitting the showers.

“…(That) we’ve gotta fight. It wasn’t to call them out. It was just a conversation in the locker room that we’ve got to compete,” Kidd said Friday afternoon. “No matter if we go down eight and there’s 30 seconds on the clock or in the game, we’ve gotta believe that we can still find a way. And right now we go down and we kind of give in to that fight, so we’ve gotta continue to keep grinding, and if I have to keep rotating guys until I find the ones that are gonna fight, then that’s what I’ve gotta do.”

It’s a question of whether or not Kidd has lost his team. As I said, Garnett is still a Kidd supporter and Deron Williams also insisted that Kidd has the support of the players, saying that the keys to their struggles are energy and effort. It remains to be seen if this team can rebound from a tough start to the season and now the loss of Brook Lopez to a broken foot. There’s still a lot of basketball to be played, and in a relatively weak Eastern Conference the Nets definitely aren’t out of it, but if the team is to come together and string together some wins, it starts from the top. Maybe this fire is exactly what Kidd needed to do to get his team’s attention.

What do you think?
Do the Nets have a chance at turning their season around?
Is Jason Kidd going about it the right way?
Does he still have the support of his team?