This is a very intriguing match up. Both of these teams share some players on their rosters who either improved, or got old in the seven-year time span that separates these two championship teams. So who will take this match? Let’s break it down.

Ah, remember those days when Derek Fisher had lateral movement? That is pretty much the end of this argument. The only thing that improved about Fisher from 2001 to 2009 was he got THAT much closer to social security, and he takes better charges. 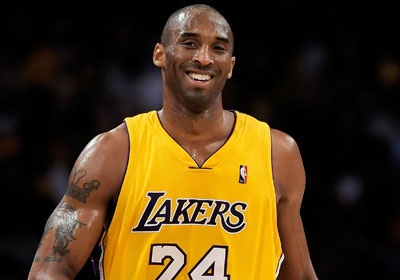 Kobe has gone through one hell of an evolution between 2001 and 2009. I am talking about more than the number change and the haircut, though I did always dig the afro. Kobe got old, but he did it the right way. He understood that he couldn’t windmill dunk, and blow by guys anymore, so he hit the gym and got his 18-foot jumper on, developed a vicious post-game (take notes, LeBron), and just plays smart basketball.

The biggest indication of greatness is what an athlete does when the physical gifts elude him, when he can’t run as fast or jump as high anymore. How do you adjust? Kobe has written the rulebook on this transition, few, if any, have done it better. Most importantly, 2009 Kobe didn’t have Shaq competing with him for alpha dog status. This Kobe had the reigns all to himself, and he took full advantage of it. Plus, he acquired this face

Fun Fact: Both of these guys were on Dancing With The Stars, and both may have been better dancers than basketball players at their respective points in their careers. They both played their role admirably, doing what they needed to in order for the team to succeed. I enjoy the fact that I can call Metta World Peace Ron Artest on a technicality because after all, that was his name then. Their stats are virtually identical, both averaged three assists and four boards a game, and Artest averaged three more points a game (11-8), but there is something that separates these two, which was the defensive end.

Granted, at this point in his career, Artest was nowhere near the defensive presence he once was, but he was still an above average defender.  That could not be said for Fox, who was…respectable on defense, but certainly was never the stopper that Artest could be on any given night. Give me Ron Ron

Do you want an indication of how much the league has changed since 2001? The Lakers once dominated the league with the starting forwards of Rick Fox, and Devean George. Yikes. I suppose that Fox was probably the 4, and George was the 3 on the team, but it makes no difference in terms of this comparison, because Devean George and Rick Fox couldn’t beat Pau Gasol in a handicap pick-up game…if they were spotted ten points, in a game to 11, on a six-foot rim.

For the record, tell me this isn’t Devean George’s illegitimate son.

Seriously, I better not get any comments on this thing petitioning for Bynum. Just stop it. Shaq dominated the game better than anyone I have ever seen in my lifetime. Andrew Bynum…has not.

The bench is an interesting battle. The 2001 team is highlighted by Big Shot Bob, who was in his prime of Big Shot Bobness, Lindsey Hunter, and SLAVA MEDVEDENKO *Stephen A. Smith Voice* countered by Lamar Odom, Jordan Farmar, and Shannon Brown. Odom is the best player of the bunch, but 2 and 3 are probably Horry and Hunter. However, when it comes down to it, Odom is far superior to everyone on the list, despite all the big shots Horry has hit in his career, he didn’t bring what Odom brought to that 2009 team.

This is a lot closer than I anticipated to be honest. I thought that Kobe and Shaq would’ve been too much to handle, and now I am just confused. There is no way that Shaq could be stopped, but at the same token, who guards Gasol? Do they cancel each other out, or is Shaq that unstoppable back in the day that he just dominates the game? How does #8 Kobe match up with #24 Kobe? I think 24 takes him to school, and I think Gasol keeps up with Shaq enough.