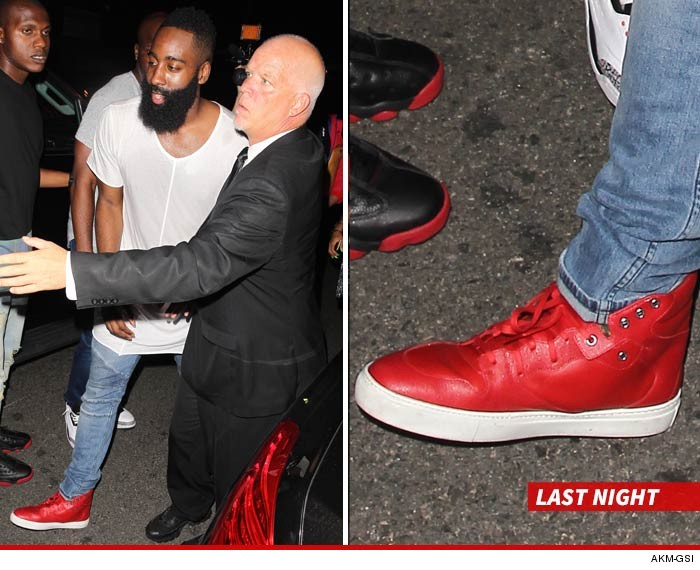 Houston Rockets star James Harden was seen wearing Jordans the other night despite recently inking a huge $200 million deal with rival Adidas. This obviously led to speculation, but quickly was put to rest after The Beard was seen exiting club 1 OAK hammered saying “Adidas is about to be amazing!”

The video is pretty funny, with Harden also heard bragging about the $200 bones he’s profited from the deal.

Ahhhhh, to be young and rich.