Either James Harden likes getting under his bosses skin, or he thinks he made a $200 million mistake. This is because he keeps wearing Nike shoe products.

The Houston Rockets star had his Adidas higher-ups pissed because he was spotted wearing Air Jordans, but, apparently, smoothed things over according to TMZ. Then came the epic drunk moment in which he declared he has $200 million and all seemed to be fine.

But, The Beard, must have forgotten again that he’s not suppose to be wearing Nike products! I believe the folks at Adidas might want to assign a babysitter for Harden to remind the lad on a day-to-day basis (potentially) that he need not wear the competitor’s product. 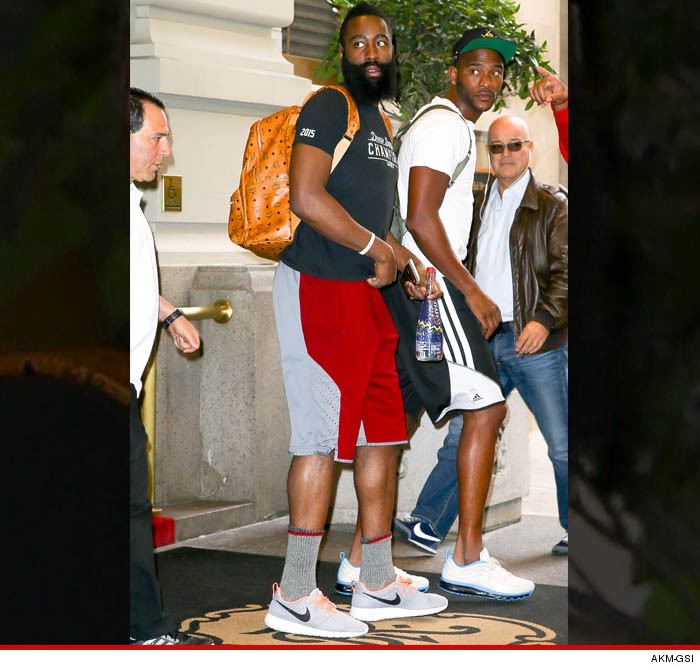 I kind of like the world Harden lives in. I’m nearly positive if it were up to him, he definitely would be choosing different jerseys of NBA stars to wear from game-to-game. Christ, why wear a Houston Rockets jersey when you can be wearing a LeBron Cavaliers jersey?