Home / NBA / Jeremy Lin reaches out to “Chink in the Armor” author.

Knicks much publicized point guard Jeremy Lin made a genuine gesture recently by sitting down with fired ESPN editor Anthony Federico – the man who penned the seemingly racist headline “Chink in the Armor” in relation to Lin’s first loss as a starter. The public correlated that headline with Lin’s ethnicity.

At lunch, they hardly chatted about the headline, but rather their shared Christian values. That is something I truly admire, being a Christian myself. 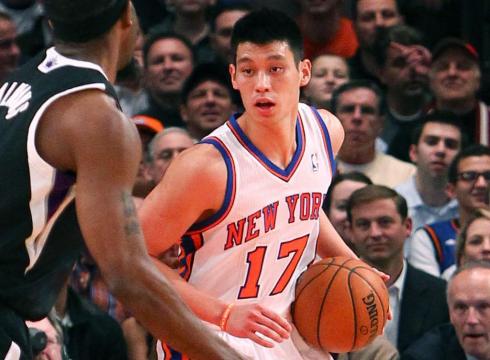 We should all follow Jeremy Lin's lead of humility.

The details, per a report from The Big Lead, are as follows:

A member of Lin’s family reached out to Federico via e-mail more than a month ago, according to Federico. After several attempts to get Lin and Federico to meet were scuttled because of the Knicks point guard’s busy schedule, the meeting finally took place at a Manhattan restaurant and left Federico thankful for Lin’s graciousness.

“The fact that he reached out to me,” Federico said. “The fact that he took the time to meet with me in his insanely busy schedule . . . He’s just a wonderful, humble person. He didn’t have to do that, especially after everything had kind of died down for the most part.