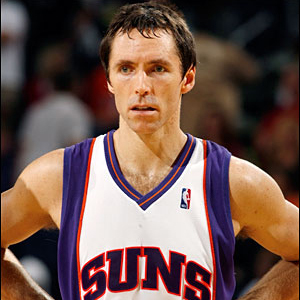 The biggest news in the NBA world on Saturday was that Steve Nash announced his retirement. I thought it would be cool to share some of the tweets and reactions that came in from NBA players who grew up watching Nash. Whether it was throwing no-look-behind-the-back passes or crossing up an opponent, Steve Nash knew how to dazzle all of us with a basketball.

Congrats @SteveNash for being an inspiration and one of the best PGs ever!! Thanks for makin the Bay Area proud!

Thank you @SteveNash for what you brought to the game of Basketball. One of my Fav PG’s Ever. Work Ethic is Crazy!!!!!! — BRANDON JENNINGS (@BrandonJennings) March 22, 2015

13 years in the @NBA and I never had a better teammate. Congrats on ur retirement @SteveNash 2xMVP and Icon http://t.co/7KSjcfr2h6 — Amar’e Stoudemire (@Amareisreal) March 21, 2015

I need a signed game jersey of @SteveNash. It was a honor to compete against 1 of the best PGs 2 play the game. Hall of fame career #Respect — Isaiah Thomas (@Isaiah_Thomas) March 21, 2015