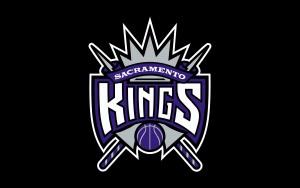 Way back in July, actually it was only a couple of weeks ago, the Sacramento Kings voided Luc Richard Mbah a Moute’s contract due to a failed physical. The NBAPA is arguing that the Kings had no grounds for voiding his contract. Via Yahoo! Sports:

The National Basketball Players Association is filing a grievance against the Sacramento Kings, challenging the legitimacy of the franchise’s voiding of free-agent forward Luc Mbah a Moute’s contract over an alleged failed medical physical, league sources told Yahoo Sports.

The NBPA is planning to file the grievance to the NBA early next week, league sources said.

Mbah a Moute has been meeting with NBPA executive director Michele Roberts in Johannesburg this week, where Mbah a Moute, a Cameroon native, has been medically cleared to play for Team Africa against Team World in the first NBA exhibition game in Africa.

I’m not an expert when it comes to the laws of the NBA’s collective bargaining agreement, but it appears that the case the NBAPA intends to make is that Mbah a Moute wasn’t hurt badly enough to justify voiding his contract. The biggest thing going in their favor is that he was medically cleared to play for Team Africa just a couple of weeks later. If the NBAPA wins this case, this will be another black mark on what has been an embarrassing offseason for the Sacramento Kings.