Flash in the NBA has developed over the years. Players have gotten stronger, faster and more athletic. Flash over substance has become a staple in today’s game and point guards like Chris Paul, Steve Nash and Rajon Rondo have all wowed crowds with their style and flair on the court. Here is the top 5 flashiest point guards of all time.

Boy could this man dazzle the crowd. From the way he dressed and talked, to the way he won you over with his showmanship on the court. Walt Frazier was certainly a performer. “Chillin on his thrillin”, “Drainin and painin”, “wheelin and dealin”, hustle and muscle”. And the list goes on and on. “Clyde” is certainly the master of word-play and he still gets it done from the broadcast booth today. You can catch him calling the New York Knicks games and using the word “percolate” twelve times per night. 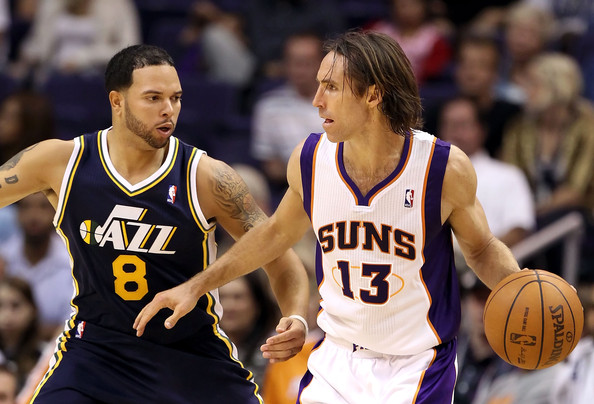 Easily the flashiest player in today’s game. Steve Nash lays claim to some of the most dazzling moves in NBA history. With his inventive approach to running the floor and his masterful craft of dishing the ball and making his teammates look great. Steve Nash with the rock is like poetry in motion. Whether it be circus shots or a quick drive and dish, Nash has shown a tremendous amount of flair over the course of his incredible career. And all the while licking his fingers as he casually strolls down the court. 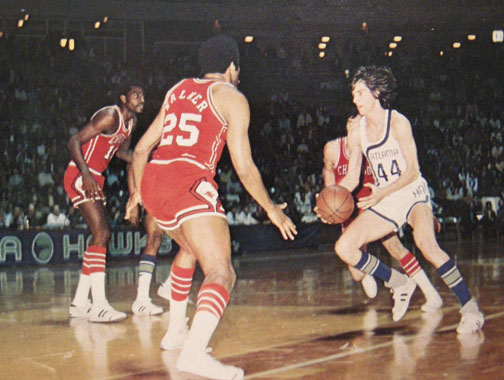 Pistol Pete was an innovator when it came to flash and style on a basketball court. I feel like without Pete Maravich the NBA may have never had Steve Nash. Nash’s style on the hardwood looks to have been the product of watching countless hours of Pistol Pete footage. A 6’5 point guard with “moves like jagger” and a true grip on style. With the shaggy head of hair and that glorious mustache, Pete embodied the flashy style of the 1970’s. He’s also one of the single greatest college hoops stars of all-time. A true hall of famer! 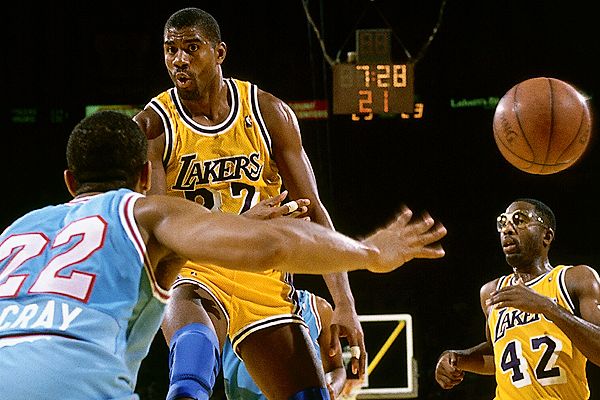 Let’s face it. They don’t just give the nickname “Magic” to any Joe. Earvin Johnson was a truly gifted athlete. He could pass, score, rebound and defend. And he did it all with a certain swagger and confidence that not many players can. Magic Johnson is one of the best NBA players of all-time, but he also played the game like he was having the time of his life. Always wearing a smile, and always stunning his opponents with swift moves and crazy flair. He truly was “Magic” on the hardwood! 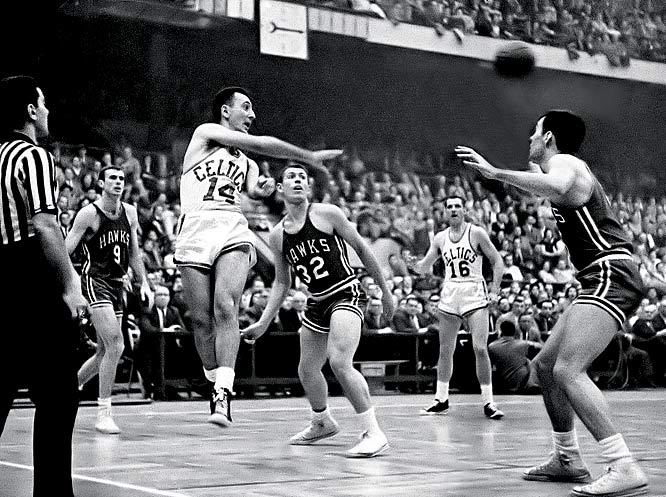 “Houdini of the hardwood”. Bob Cousy showed incredible flash and style way before anyone else. “Cooz” was the true originator of flashy play in basketball. This guy could dish, dazzle and wow the crowd almost at will. Professional basketball had never seen a player who was so handy with the rock. Cousy paved the way for players like Magic Johnson, Pete Maravich, Steve Nash and Walt Frazier. He just did things that you didn’t see during his generation of hoops. watching the way Bob Cousy played in black and white looks completely out of place. He was truly one of a kind.