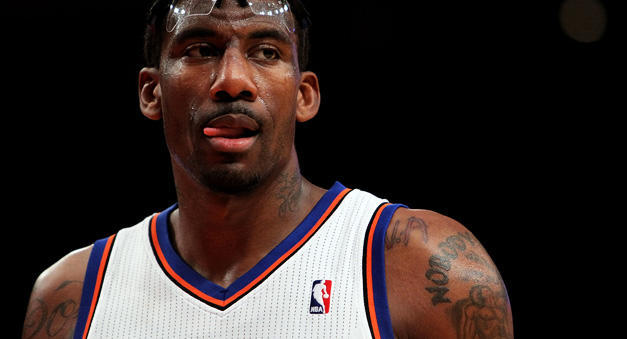 Amar’e Stoudemire hasn’t lived up to his huge contract

Each season in the NBA we see some players receiving huge contracts but then not deliver what they are expected to. The 2013-2014 season is no exception. As a matter of fact, there are several players who are overpaid. Let’s see which the top 10 overpaid players in the league are.

One of the biggest busts in the NBA the past decade. Gilbert Arenas currently plays in China, but that doesn’t stop him from receiving his paycheck from the NBA. Arenas signed a mythical six-year $111 million with the Washington Wizards.

Another big bust, another superstar that eclipsed is Amar’e Stoudemire. He signed a five-year $99.7 million deal with the New York Knicks three seasons ago. He is in the books for $21.7 million this season but he is rather a headache rather than a valuable piece for the Knicks.

Our list of overpaid players continues with Brandon Roy, who retired as a player from the NBA and then came back. His five-year deal with the Portland Trail Blazers is still in effect, whilst Portland amnestied him. He is owed $17.8 million this season.

Yes of course Johnson is a very good player. But is he worth $21.5 million per season? He is the fourth most paid player in the league and he ranks way below the top 10 players in the league.

Bogut is owed $14 million this season. Although he provides much help to the Golden State Warriors, he clearly is overpaid. The Warriors could find a much more valuable player for that money.

Even heard of a player named Andris Biedrins? Probably. He is a member of the Utah Jazz. Now look at that. He earns $9 million per season. No more comments.

It’s true that Jefferson has been productive throughout his career. However, now, he is nothing more than an overpaid player. He will earn $11 million this season which can be considered as too high for what he provides to the Jazz.

Wallace is a strong player, with star potential. However, the potential never actually turned into a real star. Wallace will be paid $10.1 million this season with the Boston Celtics. Just for a comparison, Rajon Rondo will earn $12 million.

Humphries was yet another player the Brooklyn Nets wanted to get rid of. It’s one of those contracts that nobody knows why any team would sign them. The Celtics acquired Humphries as a part of the Kevin Garnett and Paul Pierce trade and they have him in the books for $12 million this season. He certainly is valuable for the C’s who don’t have much quality. But let’s be serious, $12 million?

The Charlotte Bobcats will pay Ben Gordon $13.2 million this season and what will they gain out of him? He currently averages 5.6 points, 1.5 rebounds and 37.4 percent shooting from the field. And then the players union complained when the new CBA was proposed.

Ron is the lead editor of FantasyBasketballMoneyLeagues.com. For more of his basketball insights, follow Fantasy Basketball Money Leagues at Google+.