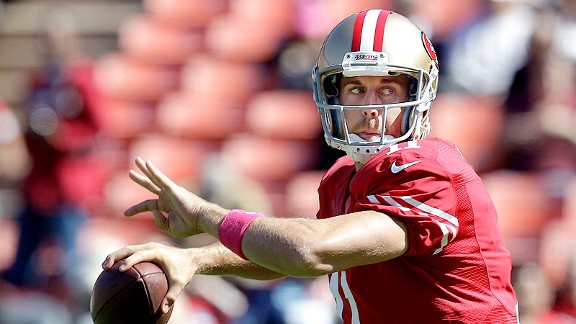 Alex Smith told Yahoo! Sports that he was “so happy” about his team making the Super Bowl (Credit: AP Photo)

Last season, Alex Smith came up short of making the Super Bowl by losing to the New York Giants in the NFC Championship game. With the success of Colin Kaepernick, it is obvious that Alex Smith’s days in San Francisco are numbered.

“I’m so happy, man,” Alex Smith told Michael Silver of Yahoo! Sports. “This is so surreal. It’s such a crazy time, such a crazy moment. Obviously, it’s been a unique year, and it would be great to be in there. But I couldn’t be happier. This is a great group of guys, and they’re all Super Bowl-bound. I’m just so happy for all of them.”

It is nice to seem Smith is happy for his teammates as he must know how much this means to them.