Home / NFL / Audio: Clinton Portis gets pulled over while he was live on sports talk show 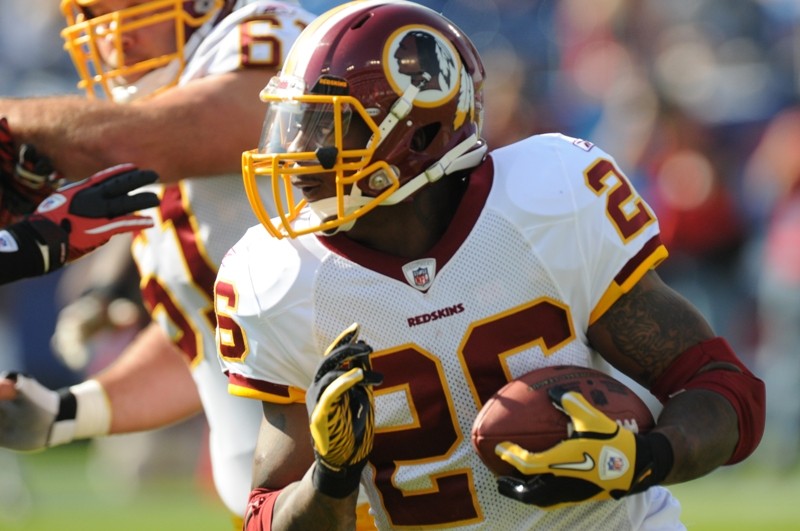 Former Redskins running back Clinton Portis receives a speeding ticket while on the air with a local sports talk show (Credit: Blogs.Redskins)

Former Washington Redskins running back Clinton Portis was recently on former teammate Fred Smoot’s sports talk show talking about playing together with Smoot and training camps of the past. As Smoot and co-host Kevin Shafer were saying goodbye to Portis, he shared that the show got him a speeding ticket. Portis later admitted that he received a ticket for driving 45-miles-per-hour in a 30-miles-per-hour zone.

The show stayed on with Portis as he was receiving his ticket from the State Trooper.

At one point, Portis joked that maybe he should have sped off instead of giving him his driver’s license. Fred Smoot also suggested that Portis run during this point of the interview.

Portis also tried to get the State Trooper, who he addressed as Mr. Trooper, to talk to Fred Smoot and Kevin Shafer, saying “I’ve got some friends that want to talk to you”. The State Trooper declined and Portis later shared that this is probably his thirtieth speeding ticket.

Fred Smoot and Kevin Shafer joked that they might be able to get Portis out of the ticket, until they wondered if the State Trooper was a Baltimore Ravens fan.

Fred Smoot also added that pulling over or arresting an NFL player is a trophy for police officers.

This interview is definitely one of the most hilarious radio interviews I have heard in a long time.

You can listen to the entire interview here.