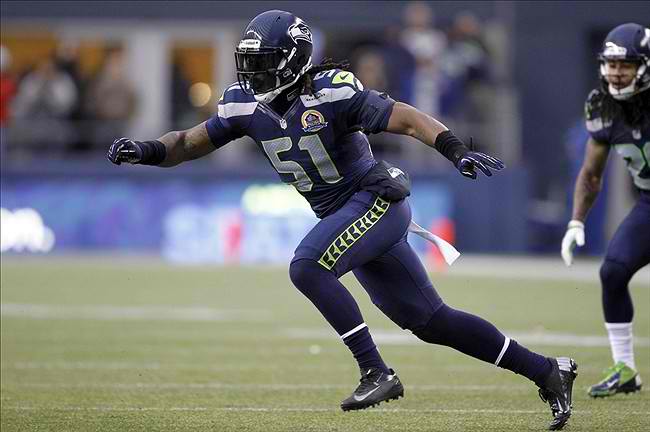 After being suspended for 4 games by the NFL and issuing an official apology, Bruce Irvin took to Twitter to apologize directly to his fans (Credit: AP Photo)

On Friday, Seattle Seahawks line backer Bruce Irvin was suspended for four games by the NFL for violating the league’s performance enhancing substance policy. Following the news of the suspension, Irvin issued an official apology that looked similar to most apologies we see when players get in trouble.

“I want to apologize to my teammates, coaches and Seahawks fans for making a mistake when I took a substance that is prohibited in the NFL without a medical exemption. I am extremely disappointed in the poor judgment I showed and take full responsibility for my actions. I will not appeal the discipline and instead will focus my energy on preparing for the season so I can begin earning your trust and respect again. I look forward to contributing to the team the moment I return.”

However, unlike most players, Irvin took to Twitter to apologize directly to his fans. This apology seemed a little more from the heart than the earlier one.

“It’s crazy to see your name run across the ticker for negative things. I messed up and I feel so bad and have been depressed for weeks now. I’ve had sleepless nights because I knew when this came out, I would let so many people down, including myself. I have worked so hard to rebuild my image and it takes another blow. I see the negative comments and I see the positive and both drives me to come back and have a incredible season. To my real fans, I see the comments and I really appreciate it during this tuff time. Just shows people only love you when your on top, but when adversity hits they show their true colors. Once again, I’m sorry and take full responsibility for my actions. I will take this on the chin and move forward to become the best person on and off the field. 12th Man I’m sorry I let you down but I promise you when I come back — all hell will break loose! West Virginia, I love u always and know you have my back and always will. Love on my fans and shout out to my haters I know you loving it right now! #comebackkid #12thman #WVU”

Irvin had 8 sacks, 17 tackles and 1 forced fumble last year for the Seahawks.

Seattle added two defensive tackles in the draft and will surely miss Irvin for the first four games of the 2013 NFL season.

If Seattle wants to continue to contend with the 49ers in the NFC West, they will have to get the most out of their defense and hope Irvin builds on his momentum from his rookie season.