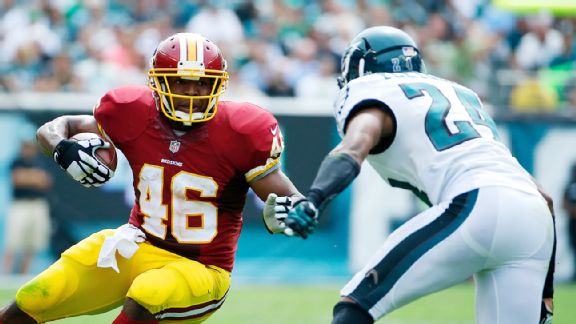 Over his first three seasons in the NFL, Alfred Morris has topped 1,000 yards every single year. The biggest downside for Morris is his inability to catch passes out of the backfield, never posting over 20 receptions in a single season. Still, with the decline of some of the NFL’s top running backs imminent, I expect Morris to stay relevant in the NFL over the next five seasons. If the Redskins decide to move on from Robert Griffin III, they will be relying more and more on Morris.