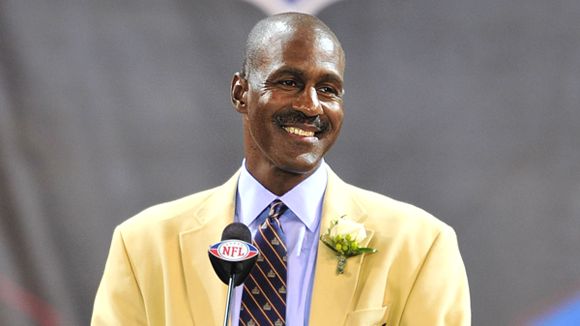 In recent months, there has been a growing debate over whether or not the Washington Redskins should change their name. And now, two former players are weighing in on the situation. Former Redskins wide receiver and former Redskins defensive back Darrell Green, both Hall of Famers, believe it’s time to at least consider a name change.

Via ESPN, the two were being interviewed by Washington radio station WTOP, and had this to say:

[If] Native Americans feel like Redskins or the Chiefs or [another] name is offensive to them, then who are we to say to them ‘No, it’s not’?” Monk told the radio station.

It deserves and warrants conversation because somebody is saying, ‘Hey, this offends me,’ ” Green told the radio station.

Time for a change?

Monk, who played for the Redskins from 1980-1993, and Green, who played his entire 20-season career (1983-2002) in Washington, have a point. Native Americans have been trying for years to try and get the “Redskin” name changed, as it is considered to be a derogatory term for Native Americans. Back in May, members of Congress sent a letter to the NFL, calling for a name change.

However, such efforts have been met with resistance from NFL higher-ups. Redskins owner Daniel Snyder has said that he’s never changing the name. NFL Commissioner Roger Goodell responded to Congress, saying that the name was a “unifying force that stands for strength, courage, pride and respect.”

Will the movement to change the “Redskins” name gain momentum, now that two of the franchise’s greatest players have pushed for a new team name? Perhaps. But given the current resistance from Goodell and Snyder, combined with the fact that this battle has raged for years, it’s wishful thinking to believe that a swift change to the Redskins name is coming.