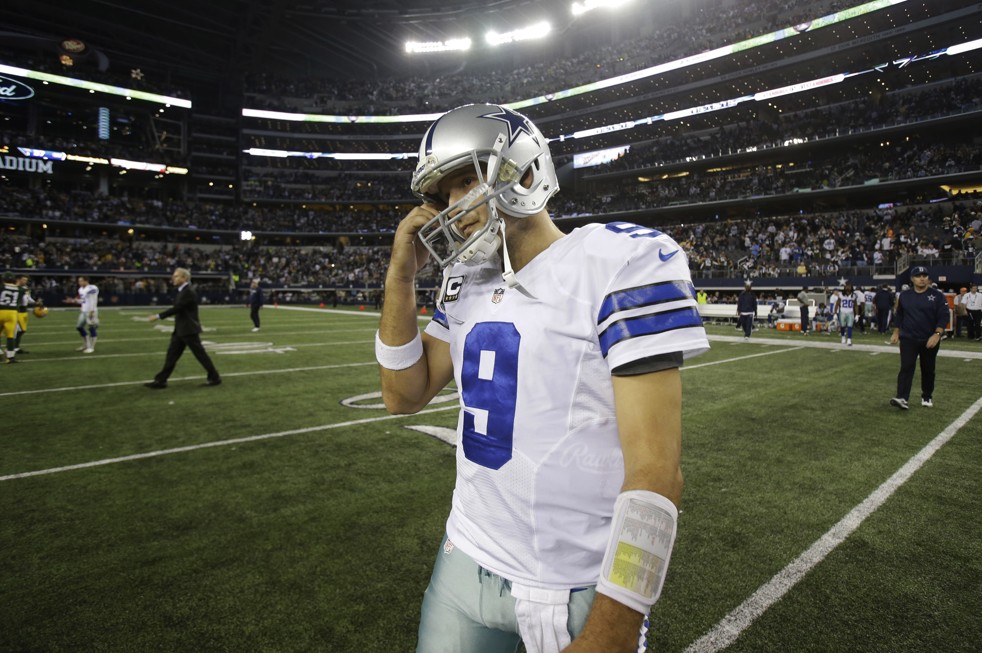 After making a number of costly mistakes this season, Cowboys owner Jerry Jones promised the team will not be spending a high draft pick on a quarterback next year (Credit: Washington Post)

In life you can count on two things, death and taxes. That saying may need to change to include you can count on a Jerry Jones promise at the end of every season. It seems like over the last few seasons, Dallas Cowboys owner Jerry Jones has had to come out and guarantee one thing or another about the team. At the end of last season, Jones had to come out and guarantee head coach Jason Garrett’s job was safe.

As this season comes to a close, owner Jerry Jones had to address the media again and make another guarantee.

With the Cowboys season on the line this Sunday and starting quarterback Tony Romo out, Jones came out today to promise the team will not be spending a high draft pick on a quarterback.

“You’d like to every spring pick up a quarterback,” Jones said on 105.3 The Fan, via Tim McMahon of ESPNDallas.com. “I think the real issue and maybe your question would be, would you seriously consider using a significant draft pick for a quarterback? That’s early. That’s way too early to do that with the way things are today with my expectation of Tony’s career, which I think will be for several years to come.

“It’s too early to be drafting a highly ranked or, if you will, costly quarterback.”

While Romo has made a few costly mistakes throughout this season, he still has the most touchdowns in his career and is third in the NFL among quarterbacks. The Cowboys offense, which ranks third in the NFL with 27.8 points per game, is not the problem in Dallas. As the Cowboys’ defense ranks last in yards allowed per game (418.6) and second to last in passing yards allowed per game (290.7), Jerry Jones and the front office need to spend their draft picks on defense.

If the front office can create a mid-range ranked defense, Tony Romo and the offense can lead them back to the playoffs and perhaps a Super Bowl.