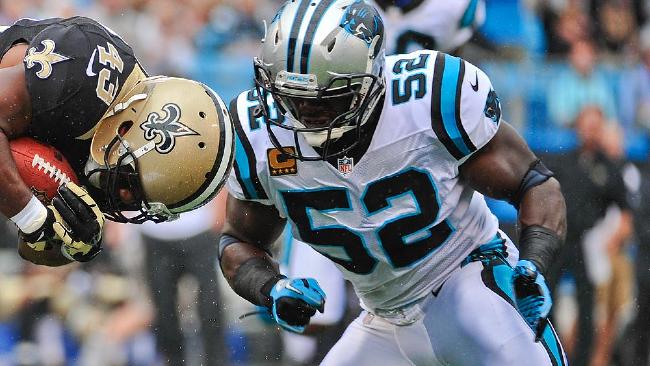 On Monday, it was announced that NFL players will have blood drawn to conduct a population study regarding the levels of human growth hormone in their bodies. Some believe this will lead to more punishments for players who have used HGH to improve their performance. ProFootballTalk.com believes HGH testing is still a long way from becoming a reality.

However, when the day does come that the NFL starts testing for HGH, one player says he will be happy.

While talking to the NFL Network on Tuesday Morning, Carolina Panthers line backer Jon Beason says he was “happy to see steps being taken toward the test because it would help ensure that all players in the league are on equal footing.”

“For me, I’m happy. I don’t take that stuff, so I’m more than happy to do it. The guys who are taking it, now if they get caught it’s an even playing field,” Beason said. “It’s already hard enough to make it to the league, stay in the league and stay healthy in the league…I think it’s a good thing, so I’m looking forward to it an more than willing to comply with whatever the league and NFLPA comes up with.”

Testing for HGH would be a good thing for the NFL and could help keep the players clean from performance enhancing drugs.