Some major changes have been made since my last mock draft with free agency now in the books.  About a month away from draft day, here’s how I think things will shake up: 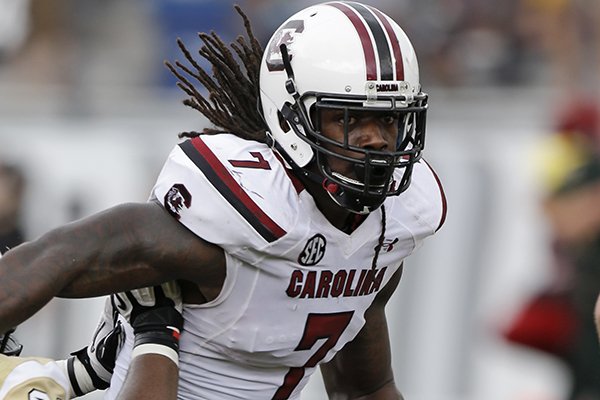 A freak athlete like Clowney will be too much to pass up for the Texans.
(AP Photo/John Raoux)

The Texans will hope Clowney can pick up some work ethic habits from JJ Watt and form the most feared pass rushing duo for the next 10 years.

If the Rams are unable to trade out of this spot they’ll take the best tackle on the board to help keep Sam Bradford upright.

Johnny Football would provide a spark to an organization desperately looking for a leader.

The Browns snag the most explosive play-maker  in this draft for their QB to be named later.

Matt Schaub is only a stop-gap QB at most and would allow Bortles some much needed time to sit back and learn the pro game from a veteran, something almost unheard of with today’s first round QB’s.

The Falcons are  looking for a play-maker on defense and they’re able to land a disruptive force in Khalil Mack, who will come to the NFL with a chip on his shoulder after spending his collegiate career in the MAC.

Putting Mike Evans opposite his clone Vincent Jackson is a scary duo.

Despite Teddy Bridgewater still on the board the Vikings elect to go the “more polished passer” according to some, but Carr will be put in a good situation playing in a dome, and oh yeah, Adrian Peterson in the backfield.