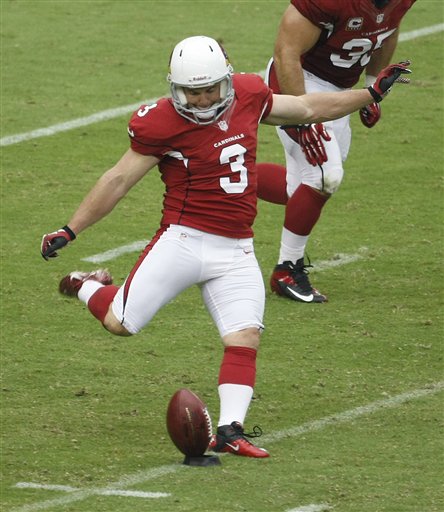 Arizona Cardinals kicker Jay Feely was fined $7,875 for a rough hit he laid on a Miami Dolphins player during a kickoff last week (Credit: AP Photo)

In a rare instance where the NFL fines a player that is not normally fined, the NFL has fined Arizona Cardinals kicker Jay Feely for a hard hit on a Dolphins player

Feely, who was called for unnecessary roughness when he hit an opponent late on the second half kickoff of the Cardinals’ Week Four win over the Dolphins, was fined $7,875 for the penalty.

“On a kickoff, I’m allowed to hit him in the back and I did that and the refs talked to me later and said, ‘It was a touchback, you shouldn’t have done that,’” Feely said. “I didn’t know it was a touchback, I’m trying to get a block. I was just glad they didn’t score. Anytime you do that you feel responsible for putting yourself in bad field position.”