For the next three weeks, London, England will host three of the biggest NFL clashes. These games are part of the NFL International Series, where NFL teams travel around the world during the regular season to play outside the US. Although football has long been the biggest sport in North America, it’s behind sports like soccer across most of Europe. The NFL is looking to expand its international fans with these games, helping to bring the sport to more viewers in the UK and Europe.

London has been holding NFL games during the regular season for several years now, and the recent development of the Tottenham Hotspur stadium makes it easier than ever. This state-of-the-art stadium is built for soccer but has a fully retractable pitch, allowing NFL teams to use the stadium during the Premier League soccer season. 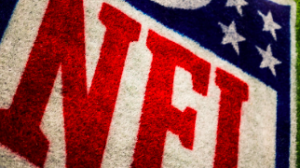 (Photo by Adrian Curiel on Unsplash)

Starting on October 2, the NFL will be in London for most of the month, with the Minnesota Vikings vs the New Orleans Saints getting things underway. The week after, the New York Giants will face the Green Bay Packers before the Denver Broncos take on the Jacksonville Jaguars at the end of the month. You can bet on all of these games and the rest of the season with Betway NFL odds.

Why is the NFL Playing in London?

The NFL first came to London in 2007, with 28 games held in England’s capital city ever since. With two games in London in 2013 and four games in the 2017 season, the series has expanded over time. The NFL reduced the series to three games in 2018, but in 2019 it increased to four UK games and one in Mexico City.

London was selected since it’s a huge global city and a popular destination for people from all over the world. American football also has a ready-made audience in the UK, and the attendance for London NFL matches has always been great. Industry insiders claim that the NFL aspires to establish a long-term presence in London.

This strategy has been successful, according to analysts. Although the NFL loses money on games held in London, it’s allowing it to gain fans within the UK. Games are shown on free-to-air television, which helps to promote the sport and leads to more fans who are willing to watch the regular season.

Although London has yet to feature games between winning teams, these games still sell out and are hugely popular. The Jaguars played in London once a season starting in 2013, and this has allowed them to build a strong fanbase within the country despite having had nine straight losing seasons.

Aside from London, the NFL will also be heading to Germany and Mexico for a total of five international games. With the advent of a 17-game regular season, all NFL teams are now contractually required to play at least one international game every eight years. It’s an exciting time to be an international NFL fan, as teams could soon be visiting all continents.

Germany and Mexico are also seen as major markets for NFL expansion. In Germany, there are an estimated 19 million NFL fans, and the viewing figures of NFL games have been increasing 20% annually since a deal saw games broadcast on DAZN.

Meanwhile, Mexico has over 48 million NFL fans, the highest number anywhere outside the United States. It’s now the second-most popular sport in Mexico, behind soccer but growing each year. With more NFL games scheduled for Mexico over the coming seasons, it could be a major market for continued expansion.