Home / NFL / No Blackouts in Seattle as Seahawks Season Sells Out

Good news for Seahawks fans this season: There won’t be any games blacked out in their area per NFL Rules.

Bad news for Seahawks fans: If you haven’t already secured your tickets for the games this season, you’re out of luck. 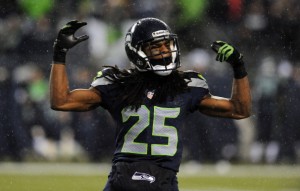 Seahawks Owner Paul Allen Tweeted today that the Seahawks have sold every ticket for the 2013-14 NFL campaign, minus a few wheelchair-accessible seats. This is a pretty remarkable feat as some teams struggle to sell out games within even a few hours of the game kicking off.

Some teams, such as the Raiders last season, have had to request extensions from the league in order to sell the required amount of tickets to avoid local television blackouts.

So for the fans that have their tickets locked up, you might be able to make a pretty penny off the tickets you already have for future purchases – or hang on to them to take part in the 12th man tradition that Seattle values.