In case you haven’t heard, the New England Patriots have a pretty good quarterback by the name of Tom Brady. He has been a staple to the Patriots since grabbing his helmet to replace an injured Drew Bledsoe. Since then, the NFL has never been the same. 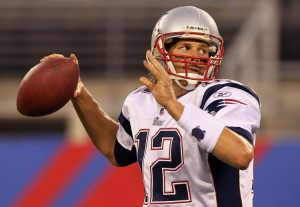 Tom Brady has signed a contract that will make him a Patriot for Life. (AP Photo)

Brady is arguably the greatest quarterback to ever play the game, and the Patriots want to make sure they have him for life.

He was nearing the end of his four-year $72 million deal, but the team has since locked him up for life – stacking another three years on the deal, making him a Patriot under contract until he turns 40 years old.

The deal runs to the end of the 2017 season, and he’s given the Patriots a very good discount on his services.

Per Sports Illustrated’s Peter King, Brady will be taking a substantial pay cut, dropping his cap number over two years by nearly half.

At a time where we hear about Joe Flacco demanding a contract that pays him over $20 million a season – Brady has taken one for the team and he’ll earn a max of $15 million per year – and he won’t even see that until the final year of the deal in 2017.

The deal helps the Patriots over the next few seasons, opening up a bunch of cap space for them to afford other pieces to the puzzle.

Your move, Flacco, Ryan and Romo.