Robert Griffin III wore a pair of Adidas socks during draft night that read “Go Catch Your Dream.”  Robert Griffin III has been known for wearing outlandish socks, once showing off a pair of “Spongebob Squrepants” socks on live television.  The socks had red and yellow stripes, the color of the Washington Redskins’ uniforms.

The Redskins paid a very steep price for the rookie phenom, giving up three first round picks along with a second rounder. Griffin III will be  inserted into the starting quarterback position in the tough NFC East division. 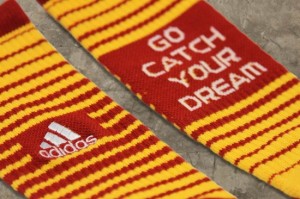 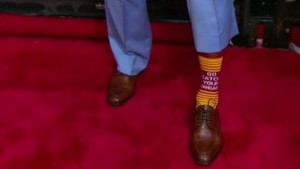