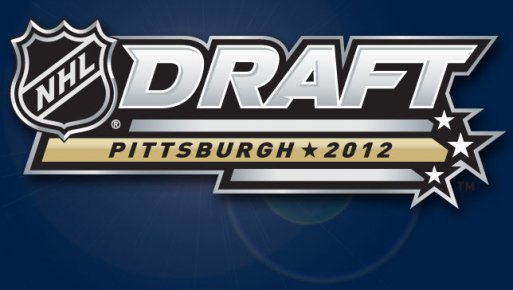 How will the first round of the 2012 NHL Entry Draft play out? No one knows for sure, of course, but here’s our best guess at it:

1. Edmonton Oilers- Ryan Murray, Defenseman (Canada)
> Edmonton’s done a wonderful job adding young, top-six talent to their forward pool. Ryan Nugent-Hopkins, Taylor Hall, Jordan Eberle, and Sam Gagner all look like they’ll be part of a dynamic young Oilers offense for a very long time. Even Linus Omark and Magnus Pajaarvi are young and will find playing time. The popular choice here is for Edmonton to continue their run of forwards and draft explosive Russian winger Nail Yakupov with the first overall selection. However, it’s time for the Oilers to find defensive talent to match the plethora of young forwards they have. Their current crop of defensemen leaves much to be desired; a complete, two-way defensive prospect like Ryan Murray would instantly boost their blueline.

2. Columbus Blue Jackets- Nail Yakupov, Right Wing (Russia)
> Columbus needs help all across the board, and while they’ve been burned in years past by drafting Russian players high (Nikolai Zherdev, Nikita Filatov), there’s just no way they can pass on the most dynamic offensive prospect in the draft, Nail Yakupov. Yakupov has incredible speed, hands and scoring ability, and will give the Blue Jackets someone to pair with Rick Nash on the top line.

3. Montreal Canadiens- Filip Forsberg, Left Wing (Sweden)
> Montreal needs scoring depth, and lots of it. They had two players eclipse the 30-goal mark last year (Max Pacioretty and Erik Cole), but after that, the next highest total came from Tomas Plekanec, who had a mere 17 scores. Even more troubling, no one on the Canadiens had more than 65 total points on the season. Montreal could use another top-six forward, and someone like Swedish winger Filip Forsberg, who has a well-rounded two-way game, would be a perfect fit.

5. Toronto Maple Leafs- Mikhail Grigorenko, Center (Russia)
> Toronto has a lethal top-line winger pairing in Phil Kessel and Joffrey Lupul, but they still need a center to round out that first line. Enter Mikhail Gringorenko, who has good size (6’2”, 285) to go along with a solid two-way game and elite offensive upside (he led all first-year players in the Quebec Major Junior Hockey League with 40 goals and 85 points). Grigorenko has some questions about his motivation at time, but he undoubtedly has the potential to be the top-line center Toronto so desperately needs.

6. Anaheim Ducks- Jacob Trouba, Defenseman (United States)
>Anaheim can go one of two routes here- they can grab a center to put on their second line, or they can grab a top defenseman to pair with burgeoning star Cam Fowler in a few years. With that in mind, it’ll come down to one of two American-born players: center Alex Galchenyuk, and defenseman Jacob Trouba. There is some concern about Galchenyuk’s knee, given that he’s coming off an ACL injury, so the Ducks may opt to pass on him in order to fill out their blueline with a two-way defender like Trouba.

7. Minnesota Wild- Alex Galchenyuk, Center (United States)
>It’s highly likely that if Galchenyuk hadn’t torn his ACL, he would have been challenging to be the top pick in the draft. Instead, he slides, and if he slips all the way to Minnesota, there’s no way a team as offensively inept as the Wild will let him slide any further. Provided he’s recovered from his knee injury, Galchenyuk could easily slide right in as Minnesota’s second-line center this October.

8. Carolina Hurricanes- Teuvo Teravainen, Right Wing (Finland)
> Carolina’s pool of defensive prospects is a little deeper than their current crop of young forwards, so it wouldn’t be a surprise to see them grab the explosive Teuvo Teraveinen with the eighth overall pick in the draft. Teraveinen will undoubtedly need to spend a year or two developing his game and body away from the NHL, but when he’s ready, he should be a solid, top-six offensive threat for the ‘Canes.

9. Winnipeg Jets- Morgan Rielly, Defenseman (United States)
> Winnipeg can pretty much go with the top player available, and here that’s Morgan Rielly. While he’s not a shutdown defender, he can provide plenty of offense from the blueline, and that’s something Winnipeg likes from its defensemen (see: Dustin Byfuglien, Tobias Enstrom).

10. Tampa Bay Lightning- Griffin Reinhardt, Defenseman (Canada)
> Tampa’s got a solid corps of forwards, both in their lineup and in their development system, but the same cannot be said for the blueline and goaltending talent pool. Griffin Reinhardt is a grinding defenseman who could develop into a top-pairing blueliner for the Lightning in a couple years.

11. Washington Capitals (from Colorado)- Radek Faksa, Center (Czech Republic)
>Washington has suffered from a lack of scoring depth in recent years, not to mention the lack of a true second-line center. They’ve tried stop-gaps with players like Jason Arnott, and Brendan Morrison, and have failed to get one of their prospects like Marcus Johansson or Mathieu Perreault to develop into the player they need behind Nicklas Backstrom. With that in mind, they might as well try to bring in one of the top center prospects available and see if they can develop into the second-line center they need. Here, the best available is Radek Faksa, so he’s the pick. Faksa is a good two-way player, so he’ll likely fit into Washington’s new defensive-minded scheme.

12. Buffalo Sabres- Brendan Gaunce, Center (Canada)
> A glaring weakness in Buffalo’s lineup is their lack of size at forward. Players like Derek Roy, Tyler Ennis, Nathan Gerbe all play top-six minutes for the Sabres, but are all under 5’11” and 190 pounds, and have trouble on the forecheck and along the boards. There has also been talk of Buffalo replacing Roy, so the Sabres can kill two birds with one stone by drafting the 6’2”, 205 pound Brendan Gaunce, a Canadian-born center with a physical presence and a strong scoring touch.

13. Dallas Stars- Sebastian Collberg, Right Wing (Sweden)
> Dallas has a lot of solid, hard-working forwards in their lineup and development pipeline, but pretty much nothing when it comes to players with elite offensive upside. Given that the Stars had only one player eclipse the 70-point mark last year (Loui Eriksson had 71), it may behoove them to select someone like Swedish forward Sebastian Collberg, who has the elite speed and scoring touch that Dallas seems to lack.

14. Calgary Flames- Cody Ceci, Defenseman (Canada)
> Calgary sorely lacks top defensive talent in their prospect pool as well as in their lineup. They’ve traded away the only three defensemen they drafted in the first round in the past ten years (Tim Erixon, Dion Phaneuf, Mark Pelech), and Mark Giordano is really the only impact defenseman they have in their lineup (sorry, Jay Bouwmeester doesn’t get that distinction anymore, not with a -21 rating this past year). Calgary would do well to add the best defensive prospect available; here that’s Cody Ceci.

15. Ottawa Senators- Hampus Lindholm, Defenseman (Sweden)
> Ottawa’s had plenty of success dipping into the Swedish ranks to bolster their lineup. Their top prospects, Jacob Silfverberg and Mika Zibanejad are both Swedish. Their captain, Daniel Alfredsson, is Swedish. Their best young player, Erik Karlsson, is Swedish. Their goaltender of the future, Robin Lehner, is…Swedish! Couldn’t hurt for them to use another high pick on a Swede, right? They can pair Hampus Lindholm with Karlsson is a couple years.

16. Washington Capitals- Zemgus Girgensons, Center (Latvia)
> Another player for Washington’s alarmingly thin crop of forward prospects. A tough, two-way center who can also play wing, he’ll undoubtedly find a spot in Washington’s lineup in a few years after he’s finished his commitment to the University of Vermont.

18. Chicago Blackhawks- Malcolm Subban, Goaltender (Canada)
> Chicago is thin on goaltending talent, both in the NHL and in their pipeline. They can take either Malcolm Subban or Andrei Vasilevski with their first round pick.

20. Philadelphia Flyers- Matt Finn, Defenseman (Canada)
> Philadelphia is a team that has struggled mightily in recent years to develop defensive talent, instead relying mostly on trades and free agency to fill out their blue line. For the hundredth time, this is a deep year at defenseman, and Philadelphia will be able to get a good blueline prospect here at #20.

21. Buffalo Sabres (from Nashville)- Tom Wilson, Right Wing (Canada)
>Continuing with the theme of adding big forwards, Buffalo uses this pick to grab the 6’4”, 200 pound Tom Wilson, who adds size and checking ability, and will likely end up as a second or third line grinder for the Sabres.

23. Florida Panthers- Tomas Hertl, Center (Czech Republic)
> Florida’s got one good young center prospect (Jonathan Huberdeau), it wouldn’t hurt for them to add another one for the future in Tomas Hertl.

24. Boston Bruins-Slater Koekkoek, Defenseman (Canada)
> They used their top pick last year on a defenseman for the future (Dougie Hamilton), the Bruins can go defenseman in back-to-back first rounds in an effort to build a defensive pairing for the future.

25. St. Louis Blues- Martin Frk, Right Wing (Canada)
> St. Louis is a solid team all the way around, but they’ve undoubtedly got a better talent pool at defenseman than at forward. With that in mind, they can grab a forward here, and someone like Martin Frk is the kind of power-forward a defensive-minded team such as St. Louis likes.

26. Vancouver Canucks- Scott Laughton, Center (Canada)
>Vancouver has been trying to add “grit”, as evidenced by their trade for young power forward Zach Kassian. They can continue the trend by drafting someone like Scott Laughton, who projects as a third-line center who is a reliable checker in all three zones.

27. Phoenix Coyotes- Pontus Aberg, Left Wing (Sweden)
> A speedy, mature goal-scoring winger for a Coyotes team lacking a consistent young offensive threat both on their roster and in their development system.

29. New Jersey Devils- Andrei Vasilevski, Goaltender (Russia)
> Eventually, New Jersey has to find a successor to Martin Brodeur. Might as well be at the end of the first round with a player like Andrei Vasilevski, who has been brilliant in international play, and has the size and skills to be a franchise netminder.

[All logos and image rights are property of their respective teams and the National Hockey League.]