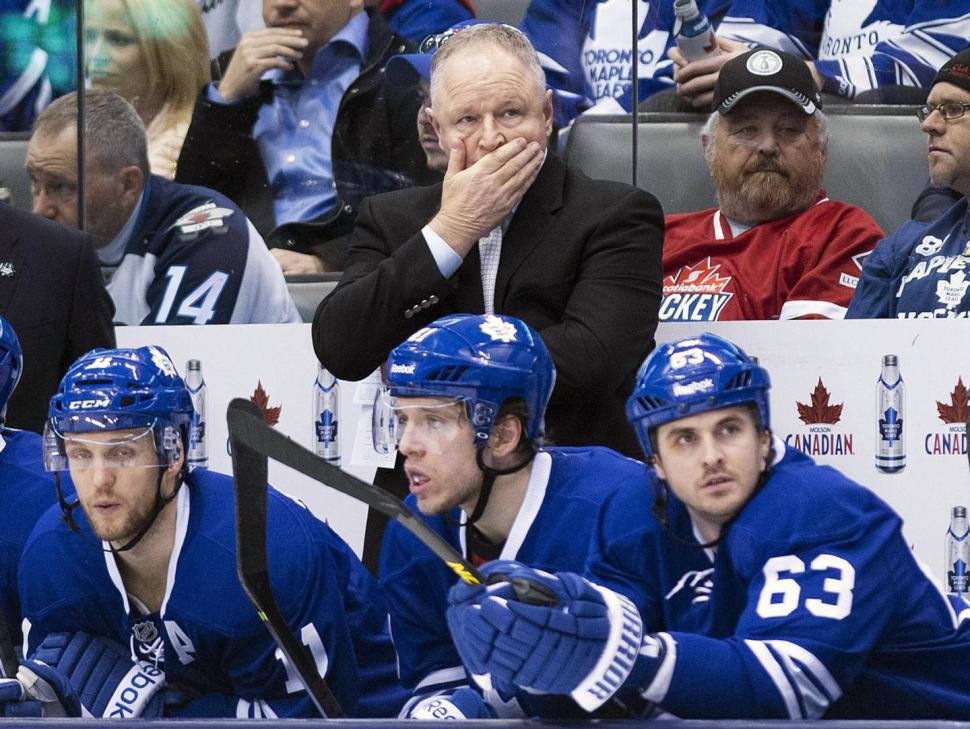 The Toronto Maple Leafs have decided to part ways with head coach Randy Carlyle.  The team announced the firing of Carlyle on Tuesday morning.  General manager David Nonis wished Carlyle the best in a statement.

“I want to thank Randy for all of his hard work and dedication,” said Nonis. “It’s never an easy decision to make when changing your leadership but our team was not trending in the right direction and we felt an immediate change was necessary.”

The Maple Leafs sit in fourth place in the Atlantic Division of the Eastern Conference with 21 wins and 16 defeats.  They have a one game lead over the Boston Bruins for the eighth seed but had lot seven of their last ten games.  The losing skid ultimately lead to the firing of Carlyle.

Carlyle was in his third full season with the Leafs having joined from the Anaheim Ducks during the 2011-12 season.  With the Ducks he won the Stanley Cup in his first season with the club.

As the Leafs begin the arduous process of looking for a new head coach, assistants Peter Horachek and Steve Spott will take over the team for the game against the Washington Capitals on Wednesday night.