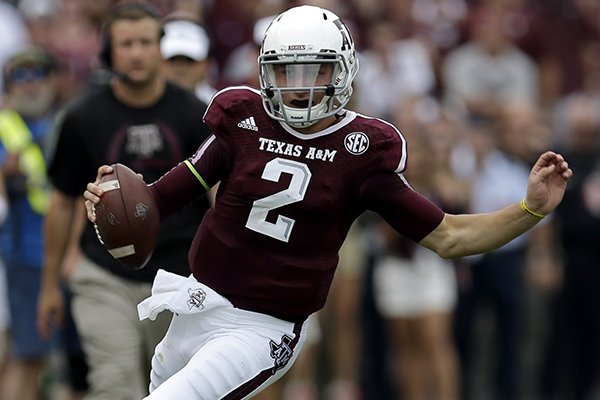 The Dallas Cowboys plan to have a formal interview with Texas A&M quarterback Johnny Manziel on Saturday night.

While it’s not very likely that the Cowboys, who draft 16th overall, have a shot at drafting Manziel, who is expected to be a top-five selection in May. But Jerry Jones loves Manziel’s skill set, and it seemingly is a good fit, as Manziel says that he grew up a Cowboys fan.

“Me, growing up as a Cowboys fan – I was born at halftime of a Cowboys game – that would be almost a folktale in the correct direction,” Manziel told the Star-Telegram last week in San Diego in regards to the possibility of being drafted by Dallas. “We’d have to call that Johnny something else. I don’t know what it would be.”

We will see if the Cowboys plan on trading up in the draft to land the young signal caller come May.

Want to interact with the Sports-Kings?