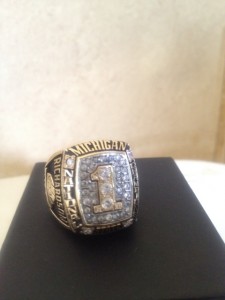 Jason Richardson tweeted a picture of his previously stolen  2000 NCAA Championship ring, while playing for Michigan State. According to Richardson, he hadn’t seen the ring in over five years.

“This was stolen and sold to a memorabilia store 5 years ago. Just got it back today” #greatseason #SpartanDawgslockerz.com/s/194760488