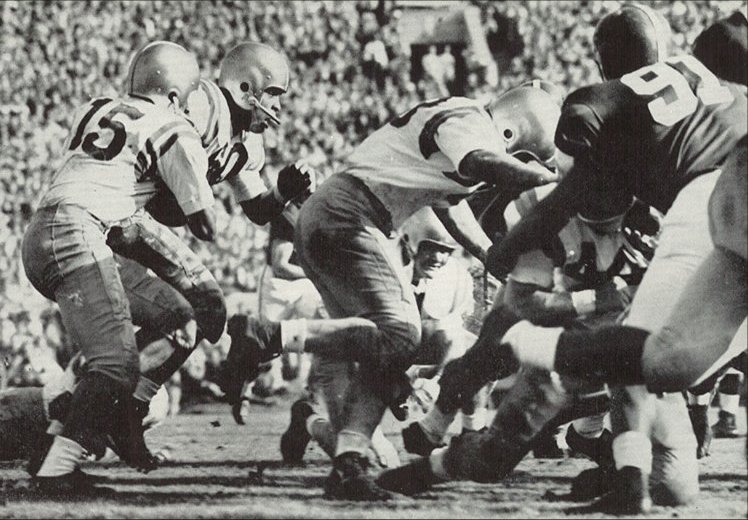 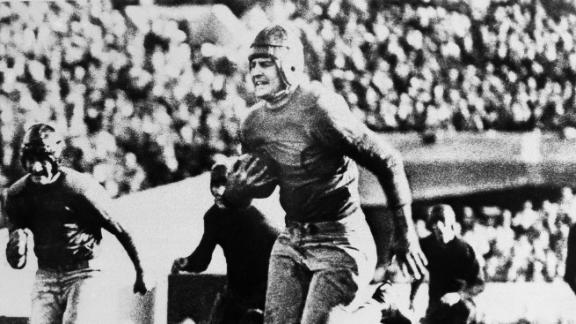 5. 1929’s Game – Georgia Tech vs. California Golden Bears – Final Score: Georgia Tech – 8 – California – 7 – While this game is eighty-five years old, it will always be one of the most memorable Rose Bowl games due to one play by one man. Minutes before half-time, California’s Roy Riegels picked up a fumble from Georgia Tech’s quarterback. Riegels found a way to get turned around and ran 65-yards towards his own end-zone. Riegels was stopped just before earning Georgia Tech a safety and earned himself a new nickname, Roy “Wrong Way” Riegels. According to ESPN, “over the years, Riegels turned that infamy into fame, accepting his place in history with good humor. As a guest on the TV game show “I’ve Got A Secret,” on New Year’s Night 1958, Riegels said, “I still think I was doing the right thing.” When he got up to leave the set, Riegels walked the wrong way. It got a great laugh.”