This piece has me straight pumped. Leggo! There’s nothing I love more than seeing fellow NFL fans get as crazy on gameday as myself about their team. But it’s not all about getting nuts, throwing things, yelling, and throwing back draft beers. It’s about not being a fair-weather fan. It’s about sticking by your guys when they’re winning, and when they’re losing. I am sure everyone has a die-hard fan in them regardless of their favorite team, but it’s no secret some fan bases stick out in terms of fanaticism. Keep in mind this is no disrespect to fans of teams that aren’t on this list, but rather the top seven that I believe stick out most fully. 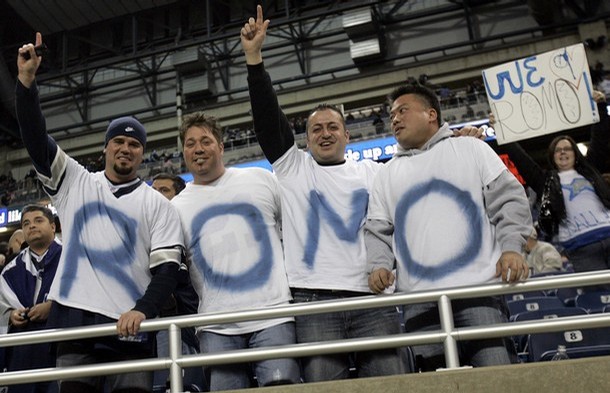 Not every team has fans all over the country, but a handful of them do. The Cowboys are one of those teams. Dallas fans are so loyal, most of them will argue to the death that Tony Romo is an elite quarterback. They’ve waited patiently for the talent on their squad to materialize, but thus far they’ve been patient. It’s nice to see fans not jumping off the wagon when the team is struggling. 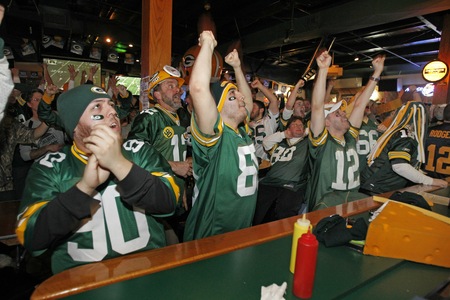 The Packers have unmatched closeness with their fans, as the team is publicly owned. Tradition is the key here in the small hamlet of Green Bay, Wisconsin. A small market team with a big time loyal fan base and their own special place in NFL lore. Nothing better than seeing these fanatics brave the elements at a sold-out Lambeau Field, it’s something special at possibly the most historic venue in the NFL. 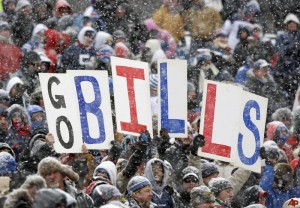 Being a Western New York resident, I have a ton of respect for Bills fans. Similar to the Packers, the small market makes for an emotional attachment to the Bills by their faithful. The tailgate parties are bar-none, and with the Bills not being so successful the last decade, the fans still stand tall by their team. The Bills have made a plethora of moves so far this off-season, so the excitement in Upstate New York is mounting in a big way for the Bills to finally field a winner. 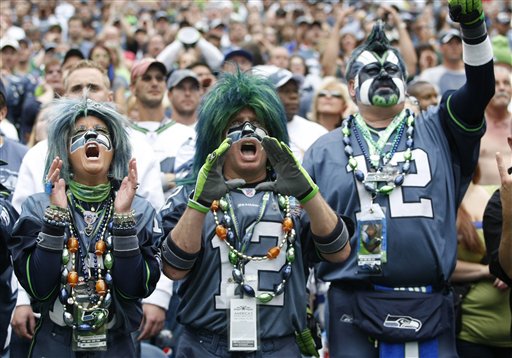 Known mostly for rain, Starbucks, and being the founding city of grunge music, Seattle’s football scene has barged to the forefront in the NFL. Qwest Field looks like a spaceship, and it is among the loudest in the NFL. Throw in the fact that the Seahawks, like the Bills, haven’t been consistently successful and yet the stadium is loud, rowdy, and sold out every Sunday says something. I can only imagine how crazy it will get now that the team looks like it’s on an upswing. 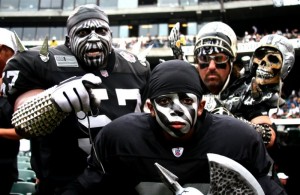 While not always publicly calm, Raiders fans are absolutely the craziest in the NFL. Every Sunday in the “Black Hole”, you’ll see guys with tattoos on faces, spiked shoulder pads, and their faces painted. You might even see a fist fight or five if an opposing fan gets the liquid courage to gloat. Nothing wrong with that, I’ve almost come to fisticuffs a few times in my day when people get too up in my grill during a game. 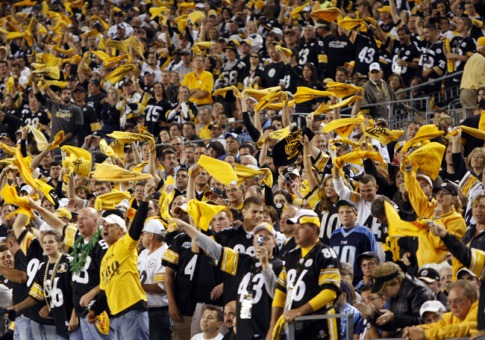 Steelers fans are called a nation for a reason. I firmly believed no other team has such a large nation wide fan base, and no other fan base invades opposing stadiums quite like these nut bags. I am a Steeler fan, and it’s not a lie when I say there’s  no such thing as a half way or fair-weather terrible towel waver. It’s like one big family that sticks by the team through good and bad times. 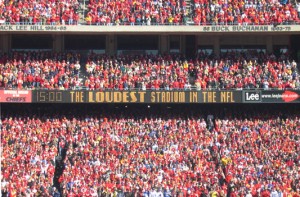 Arrowhead Stadium. The Red Sea. The loudest stadium in the NFL. I have never, ever come across a fair-weather Chiefs fan, nor I have I seen such a loyal fan base year in and year out when the team is so inconsistent. The only other professional sports team in the city is the Kansas City Royals, who are routinely awful. This makes for an emotional attachment to the team, similar to that of Green Bay and Buffalo. The overhead view of Arrowhead Stadium during a night game is a sight to behold, let’s hope the Chiefs get back to being a winner so these fans are rewarded for their patience and  loyalty.