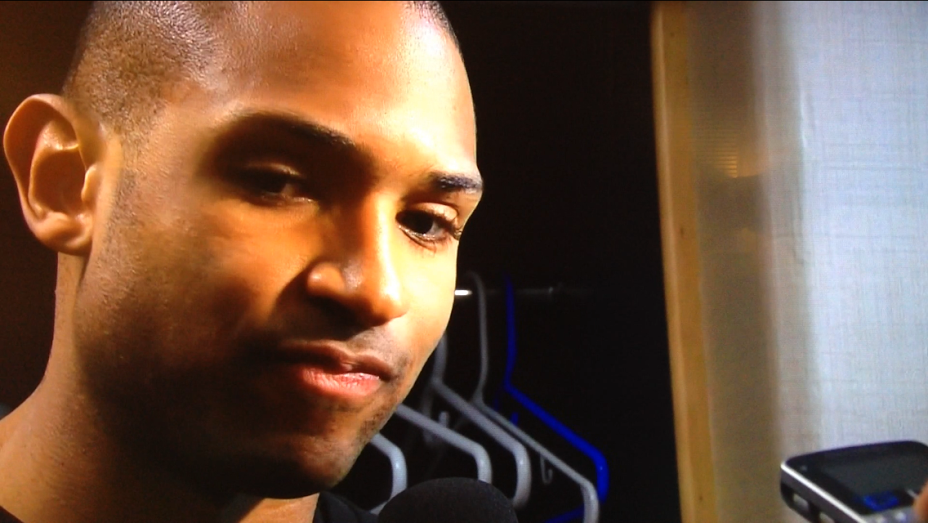 LeBron James and the Cleveland Cavaliers beat the Atlanta Hawks in Game 3 of the Eastern Conference playoffs by the score of 114-111 in overtime. But the outcome could have been much different had it not been for an automatic ejection of Al Horford following an incident with Cavaliers guard Mathew Dellavedova.

While this was a dumb reaction by Horford, this is the second time Dellavedova has crashed into the legs of a Hawks player – Kyle Korver being the first and ruled out for the playoffs after Dellavedova rolled up on his ankle. It’s impossible to speculate what would the outcome would have been, but Al Horford’s controversial ejection was no doubt the topic in the Hawks locker room following the game.

David Aldridge: Do you think he (Dellavedova) is a dirty player

This isn’t the most frightening warning ever given, but I think Horford’s point was made. Athletes, especially in basketball, rely on their legs. With that said, severe injuries can take place when players are being reckless and diving all over the place with no regard for opposing players safety. This is the second time an incident like this has happened involving Dellavedova, so if this happens again there could be fireworks.

It will be interesting to see if this incident changes the way Dellavedova plays the game. The scrappy guard is young and might be hesitant to be aggressive moving forward – especially with loose ball plays.

We will find out shortly as Game 4 is Tuesday in Cleveland.