It’s been talked about countless times down the years about how MMA has, in a sense, eclipsed boxing as the most relevant combat sport. While the facts and figures don’t necessarily prove that, it is beyond argument that MMA, especially UFC, has been able to deliver excitement to fans in the 21st century in ways that boxing cannot.

However, there is also talk of MMA hitting a wall, an invisible peak that will see its rapid growth stagnate somewhat. Indeed, Bloomberg reported this year on some of UFC’s struggles, whereas other have commented on the lack new stars. Boxing, meanwhile, has had a decent year, with a reinvigorated heavyweight division and the likes of Golovkin and Alvarez to make big fights. 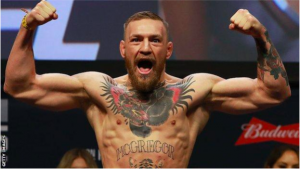 This Photo by unkown author is licensed under CC BY-NC

McGregor return blows other bouts out of the water

However, UFC’s most bankable star, Conor “Notorious” McGregor makes his return on 6th October at UFC 229, after a 23-month exile from the Octagon. McGregor knows how to make headlines, so this fight will not be against a lesser opponent in an effort to shake off some rustiness. The Irishman will tackle Khabib “The Eagle” Nurmagomedov for the UFC Lightweight Championship.

Khabib is not the most instantly recognisable name for those who don’t follow UFC closely. But, for some, he is one of the very best in the sport. The Russian just happens to hold the record for most consecutive victories. His 26-0 record is simply stunning in a discipline that does not offer up unbeaten records lightly.

Khabib has actually been put down as the favourite for the fight with major sportsbooks, but not by much. He gets odds of 8/13 from Bet365, with McGregor coming in at 11/8. Other markets of interest see 3/1 odds for a Khabib submission victory, 11/10 for a Khabib stoppage and 17/10 for McGregor to win by stoppage. It’s going to be a huge betting event, so make sure you find the best Khabib vs McGregor betting offers before you bet, as sportsbooks like to release free bets and other promos before a fight of such magnitude.

Those odds, incidentally, provide the key for the very nature of the fight. Bookies give it about a 2/7 chance that it ends via stoppage. That points to a McGregor KO/TKO (15/8) or a Khabib stoppage (11/10, including submission). But, the method of victory should be very different for each fighter. If McGregor wins, it will come on strikes, getting in early and overwhelming Khabib with his potent left hook. If Khabib wins, it’s on the floor, with the Russian using his superior wrestling skills to take down McGregor and end it early.

Whatever happens, this is going to be an explosive night for UFC. Either they will reaffirm the face of the sport, McGregor, as a Lebron-Jamesesque symbol of UFC, or crown a new king of the sport. Either way, that works out well for Dana While and those who back the sport. The fact that there is so much debate about who will come out on top just adds to the excitement.

Sport, of course, can never stand still. So, regardless of who comes out as the victor in Las Vegas next month, we will still be asking what comes next. That’s a question for the morning of the 7th October, however. For now, let’s just watch two of the very best collide and see what happens.