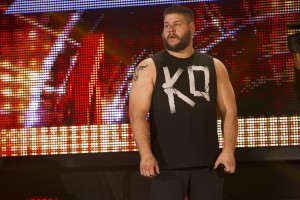 Shut up and sit down.

Not your typical protocol for a live sporting event or show, right? While this may be true for other events, it appears that WWE asked security to enforce very strict and somewhat controversial rules for a recent Thursday night Smackdown taping.

It is being reported by F4Wonline that security was strict to the point where fans were only allowed to cheer during superstar entrances and were told that they couldn’t root for heel superstars that appeared on the show. It was also reported that a couple of fans were violently forced into their seat when they tried to show support for IC champion, Kevin Owens. during a match with  Neville.

According to F4W.com “WWE Intercontinental Champion Kevin Owens def. Neville with a Pop Up Powerbomb. During the match, Owens tried to run around ringside and hide. Security forced anyone who stood up to sit back down, some almost violently.”

Although WWE certainly has every right to broadcast only the things they want to be shown on television, it would have been wiser for WWE to use different camera angles and artificial crowd noise, instead of just violently censoring fans. If anything, this is only going to cause more rebellion and discontent from live audiences at shows and live events.