Menu
Home / Featured / An International Tips on Betting the Horses 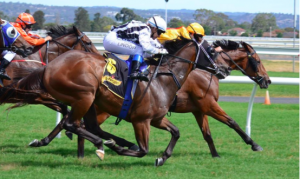 One of the great advantages of punting on horses through an online bookmaker is having access to horse racing venues located all over the world. The primary disadvantage is having to wear multiple handicapping hats because racing in every country tends to be different. Before punters start using their Australian horse racing tips for today to bet on races in other countries, it might be beneficial to under the nuances of international horse racing.

For comparison purposes, Australian and European horseracing are considered similar enough to be lumped together as one under the label Australia or Australian. The following comparisons will be made to horse racing in North America (Canada and the U.S.). While there are many differences worth considering, this writing will focus on three handicapping aspects: the racetracks, the horses and the wagering options.

Within each country, every racecourse has its unique characteristics.  From one country to the next, the differences tend to be even more pronounced. In the Australian horseracing industry, 98% of all racing is done on grass courses with a couple of all-weather courses located in England. The races can be run with either a right-hand or left-hand turn along courses that tend to be anything other than flat and level. In fact, some courses contain some rather radical undulations that can really test a horse’s stamina and endurance.

In North America, 65% of the racing is done of dirt courses, 30% done on grass courses and the other 5% done on all-weather surfaces. It’s worth noting that the dirt courses can vary based on the amount of sand and clay included in the dirt mixture. All races are run with a right-hand over courses that tend to be flat and level with a slight banking effect. In some regions of the Northeast and Midwest, grass racing is suspended during the wintertime.

One distinct difference between the two jurisdiction is Australian venues will race over turf courses under almost any conditions. When turf courses get too soft in North America, races are move to the adjacent dirt courses.

One would think that a horse is a horse is a horse. While that might be true on the surface, horses in each of these two jurisdictions are bred with different objectives. In Australia, breeding programs are designed to turn out horses with turf and stamina profiles. In North America, the breeding programs put the emphasis on dirt and speed breeding. Because of breeding limitations, more horses in Australia get gelded than its counterparts in North America.

Another important difference between these two groups involves racing medications. In Australia, most race-day medications are prohibited. In North America, horses are permitted to race with anti-bleeding medications like Lasix. Over the long haul, the effects of Lasix tend to make North American horses a bit little more prone to injuries.

In North America, all wagering is handled through pari-mutual pools. Also, much more emphasis is placed on exotic wagering. Along with the exotic wagers listed above for Australia, North American horseplayers also get access to multiple race wagers like Daily Doubles, Pick-3s, Pick-4s, Pick-5s and Pick-6s.

As indicated above, there are similarities in the handicapping arena. While Australians have their form guide and Australian horse racing tips from tipsters, North American horseplayers get their information from the Daily Racing Form touts. In both cases, there are plenty of racing tips for today, tomorrow and any day that racing is live.