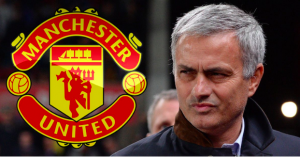 When questioned about the January transfer window Jose Mourinho has stated that he will not push any player out of the club. He also stated that the Red Devils will not be making big changes during the window and the rumors of them bringing in up to four players are far from the truth.

One player that is believed to be on his way to Old Trafford is Swedish player Swede Victor who now plays in Portugal for Benfica. The defender has impressed the United scouting team and the Red Devils are keen to complete a deal as soon as possible. When Mourinho was asked by Sky Sports about the transfer the manager replied that every footballer in Portugal is linked with a move to Man U. He said that it was the same during his management of both Real Madrid and Chelsea. Due to Mourinho been Portuguese and managing in the country, he said that the connection was normal for him.

Mourinho has said that he is extremely happy with his squad and that he is not a fan of the January transfer window. The manager prefers to make big changes during the summer so that he has time to work with the new players to embed them in the team. There are also more targets available as most of the top teams will not allow their key players to be sold mid-season.

Mourinho has also said he will not push any of the players into moving if they do not want to. He is leaving that decision to the players and anyone that is not happy will be allowed to leave during the January transfer market.

So far this season Mourinho has found it very difficult to keep all of his squad happy by giving them all enough game time. Players such as Ashley Young, Memphis Depay, and Wayne Rooney have all been on the fringes this season. They are all getting frustrated and may try to force either a loan or permanent move away from Old Trafford during the January transfer window.
Big things were expected from Dutch winger Memphis Depay but so far he has failed to deliver and found himself out of the first team. It has been widely reported that Everton is trying to secure his signature once the window opens, All the top bookmakers listed at Gamblingwebsites.org.uk have dropped the odds of this happening and it is believed that the deal is almost complete. The players have stated only once this season under Mourinho and are desperate to find a new clubs where he can play regularly.

Ashley Young has also found it extremely difficult to get playing time under Mourinho. He has started only two matches so far and most of the time has found himself sitting on the bench.
Two players who will definitely not be moving during the January transfer market is defenders Rojo and Jones. They have formed a formidable partnership at the back and their performances have been one of the main reasons for United resurgence in recent weeks.