The NBA has admitted that a foul call with 3.1 seconds left in the Hawks/Celtics game 6 was whistled too late. The late whistle resulted in the Hawks getting the ball out of bounds instead of one free throw and possession.

This foul was eventually called against Marquis Daniels as he held Al Horford on an inbound attempt by Atlanta. The Hawks were down 81-79 at this point and Daniels was clearly mugging Horford for a few seconds. 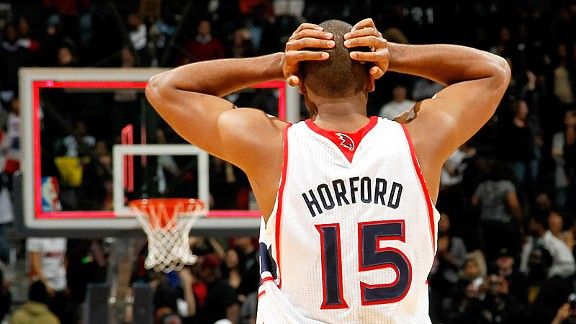 Since Daniels was all over Horford long before the ball was passed into play, the correct call should have been an away-from-the-play foul, which would have given the Hawks one free throw attempt and the ball. Instead the Hawks just in bounded a second time.

If you watch the video closely, it’s an easy call to see that Marquis Daniels has ahold of Horford’s arm well before Marvin Williams passes the ball into play.

Daniels was holding, but the officials don’t have a great of a view as we do from our couch, so it’s very understandable how this foul goes uncalled. It’s a tough break for the Hawks, but these things do happen.

Boston defeated Atlanta 83-80 and wins the series 4-2, advancing into the 2nd round to face the Philadelphia 76ers.