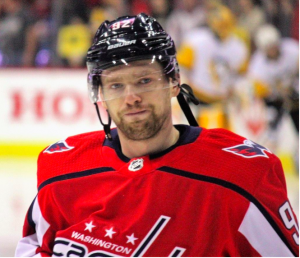 Washington Capitals’ forward Evgeny Kuznetsov isn’t the first NHL player to be banned for using cocaine but he is one of the few not to be suspended by the league itself. The 27-year-old native of Russia was recently slapped with a four-year suspension by the International Ice Hockey Federation after testing positive for cocaine at the 2019 World Championship tournament in Slovakia.

The news wasn’t really a surprise to many fans since a social media video surfaced in May which appeared to show the hockey player sitting in a hotel room in front of lines of cocaine. The NHL got wind of the video when it made the rounds on the internet and announced that Kuznetsov wouldn’t be punished for it. At the same time, Kuznetsov released a press statement saying he’s not a drug user and claimed the video was taken in 2018 in Las Vegas after Washington had won the Stanley Cup. He also offered to take a drug test to prove it.

Depending on how you look at it, that may have been a mistake on his part as he was required to take a drug test during the World Championships on May 26th and failed it. On the bright side, he’ll now presumably get the help he apparently needs to kick the habit. Kuznetsov was actually handed an indefinite suspension back in June but the IIHF didn’t announce the exact length of it until August 23rd. He’s not eligible to participate in any IIHF tournaments such as the Olympic Games and World Championships until June 2023.

After the suspension was announced Kuznetsov released a statement saying he accepted the ban since he’s responsible for his actions. He didn’t deny anything and has reportedly entered the NHL’s drug rehabilitation program voluntarily. But while cocaine is often taken as a recreational drug by many, it’s considered to be a performance-enhancing substance by WADA (World Anti-Doping Agency) even though it’s doubtful Kuznetsov was taking the drug for that purpose.

As far as the NHL’s drug policy goes, the current collective bargaining agreement allows the league to test all team players in preseason training camps and once more in the regular season. In addition, individual players are subject to random drug tests at any time of the regular and post-season and a maximum of 60 players could be tested at random during the off-season. These tests are more or less for performance-enhancing stimulants but players can also be tested for recreational drugs.

Anybody who is found to have a high level of recreational drugs in their system is contacted by a doctor for an explanation and the player could be referred to the NHL’s Substance Abuse and Behavioural Health Program. There are no rules in the CBA regarding suspensions and/or monetary fines for using recreational drugs as the league focuses on treating the player rather than punishing him. Unlike WADA, the NHL regards cocaine as a recreational drug or drug of abuse rather than performance-enhancing.

Kuznetsov is scheduled to meet with NHL Commissioner Gary Bettman prior to the opening of training camp and if any punishment is handed out it won’t be until then. It’s very unlikely Bettman has the power do do anything though because of the CBA’s rules on recreational drugs. The NHL Players’ Union would certainly step in and appeal any league punishment should Bettman try to hand any out. However, the CBA enables Bettman to discipline any player whose off-ice activities are considered detrimental to the league. An example of this is the season-long suspension defenseman Slava Voynov of the Los Angeles just served for a domestic-violence conviction.

Using recreational drugs wasn’t always treated with kid gloves by the NHL though as five players have been suspended throughout league history for drug use. New York Rangers’ 21-year-old forward Don Murdoch was arrested at Toronto’s international airport for possessing 4.8 grams of cocaine in his luggage in August 1977. He was banned for the 1978/79 campaign and fined $500 by NHL president John Ziegler and had the suspension reduced to just 40 games.

Montreal Canadiens’ blue liner Ric Nattress was handed a one-year suspension by Ziegler in 1983 following a drug-possession conviction and had it lifted after serving 30 games. The 21-year-old Nattress was busted for possessing a small quantity of hashish in August of 1982.

In 1986, Ziegler handed a season-long suspension to 35-year-old defenseman Borje Salming of the Toronto Maple Leafs and fined him $500. No drug tests were involved, but Salming admitted to experimenting with cocaine five years earlier while being interviewed for a newspaper article. The Hall of Famer served eight games and was then reinstated.

Former enforcer Bob Probert of the Detroit Red Wings was arrested for possessing 14 grams of cocaine when crossing the American/Canadian border from Windsor, Ontario to Detroit in March of 1989. Ziegler banned him from the league and the 23-year-old Probert was reinstated by the NHL after serving three months in prison and three months in a halfway house.

It was well known that Probert had an alcohol problem and tried to kick it with several stints in rehab. At the time of his arrest, Red Wings’ coach Jacques Demers told the New York Times.

“’I’m upset because if this young man doesn’t straighten out, he may be dead before he’s 30,’”

In September of 1990, Ziegler handed a one-year ban to Hall of Fame netminder Grant Fuhr of the Edmonton Oilers for also admitting to cocaine use to a reporter. The 28-year-old Fuhr said he wasn’t addicted but used the drug from 1983 to 1989 and he checked into rehab in the 1989 off-season. Fuhr was tested several times after rehab and tested negative but served 59 games of his suspension.

With the NHL suspending players after they came out and admitted to drug use, nobody wanted to publicly admit they had a problem since they didn’t want to face the punishment. Over the years the league changed its stance on illegal drug use and its priority now is to help the player rehabilitate through the NHL and the players’ association alcohol and drug treatment program. The Substance Abuse and Behavioral Health program was introduced in 1996 and no player has been suspended for illegal/recreational drug use since.