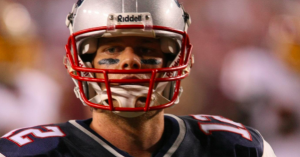 Tom Brady, frank as ever with the media, was particularly blunt when he said of the New England Patriots, “…everyone thinks we suck”. There was, of course, a bit of venom in those words, spoken after New England trounced the LA Chargers in the Divisional Round. Those who see the 41-28 scoreline may think the game was close than it was, but in truth the Patriots dominated with some scintillating offense and had the game wrapped up by half-time.

While the Patriots weren’t what you would call a consensus pick to get past a decent Chargers team, it does leave the four remaining teams in the Playoffs as the four bookies’ picks right the way through the season – the Saints, Rams, Chiefs and Patriots. However, of the quartet, both pundits and sportsbooks point to New England as the least likely to progress.

Indeed, the latest NFL betting from top sportsbooks in Canada sees the Patriots’ odds ranging from about 10/3 (Bet365) to 18/5 (888sport). While it’s a tight market, which sees the Patriots almost tied with the Rams (15/4, William Hill), it is nevertheless a strange position for the preseason outright favorite (the Patriots started the season around 6/1, almost half the odds of any rival) to be subsequently regarded as the outsider at the Conference Championships stage.

There is, of course, a method to the sportsbooks’ odds-setting. New Orleans, the current pick as Super Bowl LIII favorites with odds of 7/4 (Bet365), were dazzling for most of the season, and crucially have home advantage in the NFC Championship Game against the equally-impressive Rams. The strong regular season performances from both the Rams and Saints will almost ensure the winner of that game goes to Atlanta on February 3rd as the betting favorite, but the margins will be fine.

Home advantage certainly does play a role at this point of the NFL season, but it has taken on a whole new significance for the Patriots. Bill Belichick’s men went 8-0 at Gillette Stadium (the best home record in NFL), but could only manage three wins on the road. The problem now is that they must head to Kansas City to face the Chiefs, who have also been formidable at home. 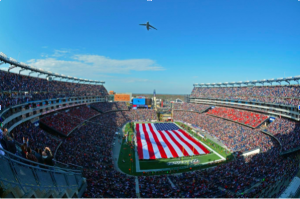 The Chiefs, best-priced at 11/4 (Bet365) to win the Vince Lombardi Trophy, are favorites in the match-up with New England, given odds 5/8 by William Hill to get the victory and reach a first Super Bowl in over 50 years. The Patriots are 27/20 to take the AFC Championship, with most neutral fans hoping for a repeat of the pulsating clash earlier in the season. New England took the victory then in a 43-40 thriller, but it should be pointed out that the Patriots were in the safe environs of the Gillette Stadium.

Logic, therefore, dictates that the Chiefs roll on to that first Super Bowl in half a century, but it would be really foolish to rule out the Patriots, even if they are betting outsiders. Sure, they are displaying some of the attributes which often characterise an ‘end of a dynasty’ team, but they also pack a mighty punch offensively, and can come up big when it matters in games.

Indeed, one should go back to those words spoken by Brady: It is arguable he wants people to think the Patriots “suck”, making it all the sweeter if he can confound the critics by leading his beloved Patriots to yet another Super Bowl victory.