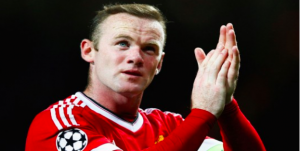 It looks as though that Wayne Rooney’s football career at Manchester United will come to an end this summer as he is surplus to requirements under Jose Mourinho. The all-time leading England goalscorer nearly exited the door during the summer transfer market but it was his wage demands that stopped any deal from happening. It was reported Vincenzo Morabito who is a top former Italian footballer agent that Napoli was interested in signing the player but was put off by the extremely high salary demands. The Italian club is one of the favorites to sign the player in the summer and you can find the best betting offers at https://www.bettingoffers.org/to put money on the transfer happening.

When Jose Mourinho joined the Red Devils he was constantly asked what the situation with Wayne Rooney was. The “Special One” was insistent that the star player was an integral part of his plans and would stay at Old Trafford along with maintaining the captaincy. Behind closed doors, though the situation was different and Mourinho was keen to move the player onto a different club if they could find a buyer.

Rooney has struggled over the last couple of season and looks a shadow of the player he once was. Due to the fact that his legs have gone, he is no longer the threat he once was playing as a striker. To play in the team the player has had to drop back into the midfield which is a position he has not been successful in. Mourinho has experimented with this but it has badly backfired and the team lost valuable points.

The main thing that is keeping Rooney at the club is his weekly wages of £260,000 per week. No club is willing to match this huge amount for a 31-year-old who is on his way down and not up. So far this season Wazza has managed to score only three times in 25 appearances.

With the lack of playing time and his frosty relationship with Mourinho, it is possible the player may look for a loan move to get more time on the pitch. One thing that is for certain that Rooney’s time as the talisman and key player for the Red Devils is up.

It is extremely unlikely that Rooney will be able to move during the January transfer market. Two Man U players that could be on their way though is both Morgan Schneiderlin and Memphis Depay. The players have failed to impress Mourinho which has resulted in a lack of playing time for both. It has been reported that the Red Devils and Everton are close to finalizing a deal which will take them both to Merseyside.

Since the departure of Sir Alex Ferguson, Manchester United have not been the same force in the EPL. With the manager’s position changing on a regular basis it has taken the once most stable club in the world into a time of turmoil. It has not been the amount of money made available to the new managers but the way it has been spent that has damaged the club. Out of the top six teams competing for the EPL title, the Red Devils have the weakest and most imbalanced squad. Mourinho is determined to resolve this come the summer transfer and once again it will be big changes at Old Trafford.