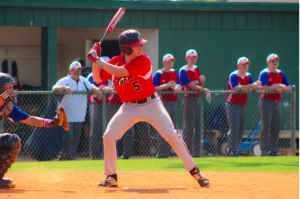 One of the fastest moving fads in baseball and softball history has to be the quick entry and exit of the titanium bats. Launched in 1988, it wasn’t until 1993 that the titanium softball bat became increasingly popular. However, before players got too excited about the bats they were banned. While the bats were extremely powerful and efficient at helping players achieve those home runs, they also caused some ruckus in terms of safety standards as balls came off the bats faster, which often resulted in injury. It was only a matter of time before governing bodies were established and the bats were done away with. But titanium got noticed, and it was only a matter of time before manufacturers realized the potential of this hardy metal in other elements of the game, such as the gear.

Phiten necklaces have been around for a number of years, and while there are speculations regarding their efficacy, there are those who stand by it. Many baseball players sport the necklace, made from an alloy called aqua-titanium, that is said to regulate the bioelectric current in your body, allowing free movement of the signals sent to your muscles. For athletes, the interrupted flow of signals to their muscles will increase their performance out on the field.

One of the most trying things about baseball is wearing protective gear that’s too heavy. Facemasks are often in the spotlight as steel was the metal of choice, but was vulnerable to the elements and also added a lot of extra weight to the facemask. By replacing the grid with titanium tubing or rods instead, baseball and softball players can enjoy protection with a 60% drop in the weight. Titanium is also a hardy metal that won’t corrode or react to the elements, which makes it an ideal choice for those in humid climates.

Catcher’s Gear With A Titanium Twist

While the expense of this type of product might make it too costly for minor league teams to incorporate into their gear, major leaguers might have a shot at including the shin guards used by soccer players and adapting them to be baseball friendly. The catcher’s gear is important in terms of safety, especially when facing a pro pitcher. Titanium fiber and Kevlar are combined to provide players with the ultimate protection. While it’s sturdy enough to provide protection, the material is also sought after as it absorbs shock too.

While baseball might not be a contact sport, there is still a lot of room to improve the safety of the game. Titanium, in its various forms and alloys, can provide all the protection needed without all the added weight.B