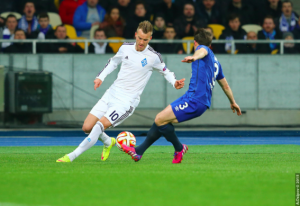 Once the international break comes to an end, Everton F.C face a huge task against league leader Manchester City away from home. City lost their unbeaten record at the weekend by been beaten by Tottenham Hotspur away from home. They were completely dominated in the first half and Spurs even missed a penalty to inflict even more damage. It comes on the back of Pep Guardiola’s first dropped points in the Champions League against Celtic which they draw three all. The team is going through a mini crisis and the best way to solve it is by beating a tough Everton side to keep up their top place in the league. The today’s best football tips sites still have them as the favorites to win the title this campaign.

The top football tips today sites have Everton as the underdogs even though they are playing at home. With former striker Romelu Lukaku playing up front for Everton who they tried to sign back in the summer, it may well be him that has a huge say on which team wins. Everton got off to a flyer this season which is why they now sit fifth in the league on 13 points. However, in their last two matches, they drew against Crystal Palace and lost against Bournemouth. If they want to try to make a top four place and qualify for the Champions League, they are going to have to be more consistent. Currently, they are too reliant on Lukaku to score the goals and if he gets injured they could find themselves quickly slipping down the league.

Everton does not have a good record against Manchester City losing seven out of the last eight games in all competitions. The last time the Everton beat City at home was in December 2010 when they won 2 – 1 thanks to goals from Leighton Baines and Tim Cahill. Since those win things have gone down hill and today’s free football tips expect them to be beaten yet again.

Pep Guardiola has certainly started off well winning the first ten matches in all competitions. The last two games they have played have shown the other teams a blueprint on how to beat them through pressing them high up the pitch with high intensity. If City does not bounce back they will give the other teams in the division a much-needed boost that the title is going to be another thrilling open horse race

The international break has come at a great time for Everton with some key players out injured. If they can get Baines, McCarthy, and Gibson back, they will be in a stronger position to face the league leaders. Manchester City has out injured Delph and key player Kevin De Bruyne who will be greatly missed. Vincent Kompany is also injured but he has been like that now for so long that the team is used to competing without him. Man City have won every single game when they have played at home which is why they are my best football tips today to get the win.