It’s no secret that Tim Tebow’s throwing ability is less than par.

Maybe that was one of the reasons that the Denver Broncos traded him to the New York Jets. However, Tebow knows he needs to improve, and if you set a obstacle in front of him, or tell him he can’t he will achieve it, one way or another. 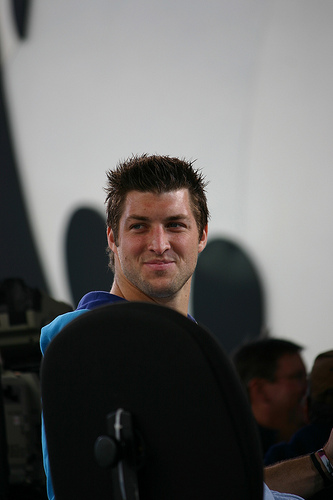 According to ESPN, famous throwing coach Tom House is working with Tim Tebow on his throwing motion among other things. The workouts have been conducted at USC’s gated-off Howard Jones Field, and media have not been allowed to watch per Tebow’s request, House said. Tebow had his last mechanic’s session with House on Friday and plans to fly back to New York this weekend. The Jets begin training camp on Thursday in Cortland, N.Y.

Tebow isn’t the only quarterback who has worked with House this off-season including Tom Brady, Carson Palmer and Alex Smith.

House believes Tebow will take what he has learned and use it this fall, “I think he’s getting better, but the proof is in the pudding,” House said. “Being out here at USC is different from being with the New York Jets.”

This is just another sign that Tebow is not ready to give in to a full-time running-style quarterback. Tebow wants to prove his haters wrong, and if anyone can do that, Tebow can.

Here is another reason, why training at Jet’s camp is going to be extremely interesting.