With the Knicks bringing in veteran players like Jason Kidd and Marcus Camby, it has some fans excited to see some depth in important positions. However, there are those fans who are not sold on this decision. Knicks’ fans are sick of losing, sick of getting excited for no reason. During last season they had moments to have some excitement about, but soon enough that was gone. The time is now for the Knicks to put some moves together to help this team win a championship.

Look at the other NBA teams, who are making moves for better players. The Nets, Lakers and Heat have all made moves to improve their roster. I think we can put the Knicks on that list; they signed two veteran players who will bring leadership to the team, the one thing that has been missing. Carmelo Anthony and Amar’e Stoudemire are great players, but they need to be led, maybe Jason Kidd can help with that. They also decided to match the offer that the Houston Rockets had on Jeremy Lin, who could potentially be the future point guard for New York. The Kidd-Lin situation couldn’t be more perfect, a young up-and-coming point guard to learn from one of the best points of our time. Learning on the job without a teacher is no fun, but learning on the job with a great teacher is something that Lin and the Knicks will benefit from. 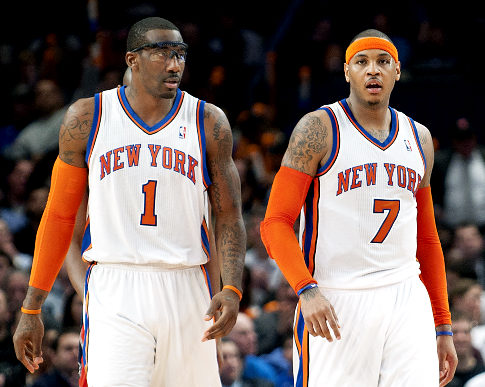 Where does this leave the Knicks moving forward? You have Jeremy Lin as your point guard, but can he lead your team to the next level? I think what we saw from him last season was a glimpse into the future. Many believe as soon as he learns how to play true point guard he will be one of the best up-and-coming in this league. You have Anthony and Stoudemire in the forward positions, and they just need the right guy to put the ball in the perfect spots, and those two could really be a feared duo across the NBA. People shouldn’t forget how dangerous Carmelo is offensively, and if he picks up his defense, he just went from top five players in the NBA to top three. Carmelo will settle down, he is still trying to find his place in New York and when he does the Knicks will be a team to worry about.

One thing is for sure basketball as a whole is looking up in the state of New York.