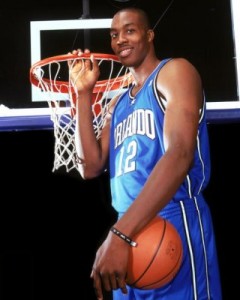 Not only has Howard led the Magic to a 47-27 record, fourth seed in an increasingly competitive Eastern Conference, he accomplished this with less help than any other MVP candidates in the league have. Howard doesn’t have of another star player such as Carlos Boozer(Bulls), Dwayne Wade(Heat), Pau Gasol(Lakers), or Jason Terry(Mavericks). Frankly, he doesn’t have the ability to go one on one in the same sense that Derrick Rose, Lebron James, Kobe Bryant, and Dirk Nowitzki do.

Dwight Howard holds a different grip on the game than the faces that typically carry the torch in this era of the NBA do, and I believe he’s being penalized for it. He’s cut from a different cloth, bred from a lost generation of NBA bigs like Wilt Chamberlain and Moses Malone that is no longer seen today. He won’t often get you forty, or even thirty-five points. He won’t wow you with his circus shots, ankle-breaking handles, nor will he get the ball at half court and create his own shot.

But, Dwight Howard changes more possessions on offense and defense than any other player in the NBA. He commands a double team every single time he’s gains position in the paint, and I do mean every time. There is no center or forward in the league who can 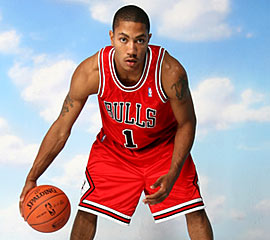 straight up check Howard. I’m willing to go as far as to say he is leaps and bounds ahead of every center in the league. Can you say the same about Rose, Lebron, Kobe or Dirk? Sure, they are all great players and surely tops at their respective positions. But you can’t clearly say that each of them is is the greatest talent at their specific position. If you can (but you can’t), then that proves my first point. Dwight Howard is the best player at his position, bar none. No other center is even remotely close to his level. That is something these other players can’t claim.

Howard is a dead lock for his third straight Defensive Player of the Year award, and deservedly so. The Magic, led by Howard, are also on their way to another playoff birth and most likely a second round appearance. A lot of fans and analysts have already written Orlando off as a contender in the East, and maybe rightfully so. They have played inconsistently and made some major roster changes, but I still have to believe they can hang with Boston, Chicago or Miami over the course of seven games. 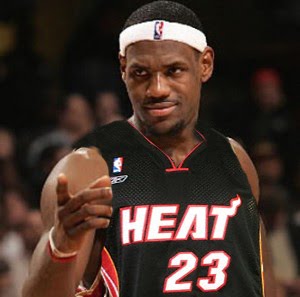 team. The MVP if you will. Here’s a hypothetical situation. Let’s remove Howard, Rose, Kobe, Dirk and Lebron off of their current teams and replace them with another player at their position. Leaving these replacement players unnamed, let’s only say they play the same position as the one being replaced, and that they are all average players. Now, the fun begins, and I get to feel sort of like a scientist.

Does Miami still make the playoffs minus Lebron? I think it’s safe to say that since Wade did it by himself already, Bosh tagging along wouldn’t hurt, right? How about the Bulls? Can they pull it off with Deng, Boozer and Noah at the helm? I’m gonna again, say yes. The lower echelon of the East, after all, isn’t overly strong. The Lakers? Can they make the playoffs without Kobe 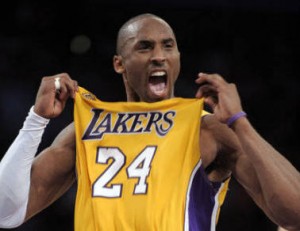 Bryant? Can Pau Gasol, Andrew Bynum, Ron Artest, and Lamar Odom lead them to the playoffs? I have to again say yes. That’s three out of five teams with current MVP candidates that would make the playoffs without that MVP candidate. Now, I set my sights on Dallas. I think the Mavericks have some great talent and I think they could still put together a playoff push without the talents of their German-born stud, Dirk Nowitzki. But I can’t sell you the idea that they would, without a doubt, make the playoffs without the “blonde bomber” leading them night in and night out. However, I believe that the Dirk-less Mavs would be miles better 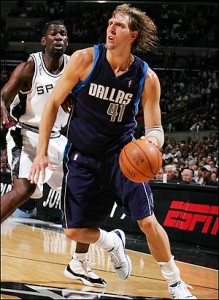 than Orlando would be without Dwight Howard. A starting lineup of Jameer Nelson, Jason Richardson, Hedo Turkoglu, Ryan Anderson and Brandon Bass? What record does that lineup end the season with? I’m thinking, ballpark, 32-50. I can’t see them winning anywhere close to forty games. My brain will not logically allow me to entertain the thought. It’s blasphemy, a ridiculous notion. So I now ask you this: is Dwight Howard more valuable to the Orlando Magic than Lebron, Dirk, Kobe and Rose are to their respective teams? The answer is a resounding and obvious, YES.

Derrick Rose is the leader right now,  and has been for much of the season. He’s clearly a gifted player and will have a great NBA career. But, is he the league MVP at this exact moment? Can a more compelling argument be made for Rose than the one I’ve made for Howard? What edge does Rose have over him? A six game cushion in the East, with a far superior cast, and the the liberty of playing in the NBA’s 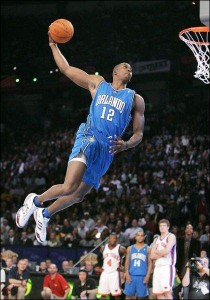 weakest division? Is that Rose’s selling point? It surely isn’t the numbers that give Rose the edge over Howard, which is illustrated below. If anything, I’d give the overall numbers nod to D12. It seems like Rose has already been crowned the winner and he has the endorsement of the great Michael Jordan, but read what I’ve said here and take a long, hard look at the numbers. Make your own decision based on the facts, don’t get swept into the media frenzy that is Derrick Rose. Vote Howard, he’s earned it.