Home / NBA / What We Won’t Be Watching Tonight:

Now that November 1st is here. One thing fans won’t be tuning into tonight is the debut of the NBA season. 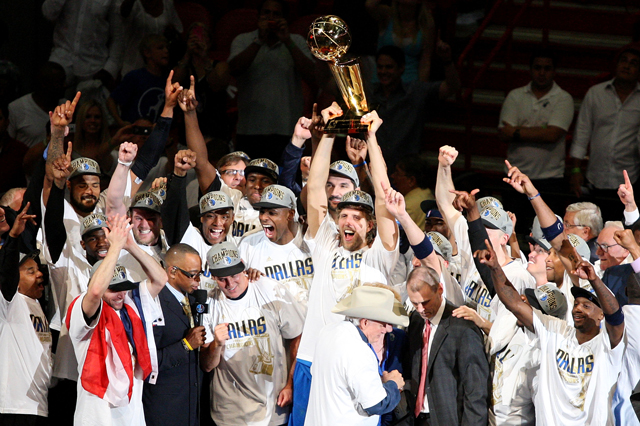 Tonight should have been the night that we got to watch the defending champion, Dallas Mavericks hoist their banner and present their players with championship rings. Followed by Dirk and company squaring off against the defending MVP, Derrick Rose, and his Chicago Bulls. That isn’t going to happen. Unlike Kris Humphries marriage to Kim Kardashian, the NBA lock-out hasn’t ended. The players and the owners can’t come to terms. The NBA fans are being deprived of  their livelihood. The Mavericks are being robbed of their moment, and every single player is losing time. These ticks off the clock are crucial. New Orléans Hornets and Orlando Magic fans are losing what could be very limited time with Chris Paul and Dwight Howard. You won’t see Kevin Durant take on Kobe Bryant because the Oklahoma City Thunder won’t get to meet the Los Angeles Lakers, not tonight, not as scheduled.

This is very sad time for NBA fans such as myself. A HUGE black eye for a sport that was on the rise. As a fan of the league, I beg you… Figure this thing out and give us our NBA season. We deserve it, don’t we?